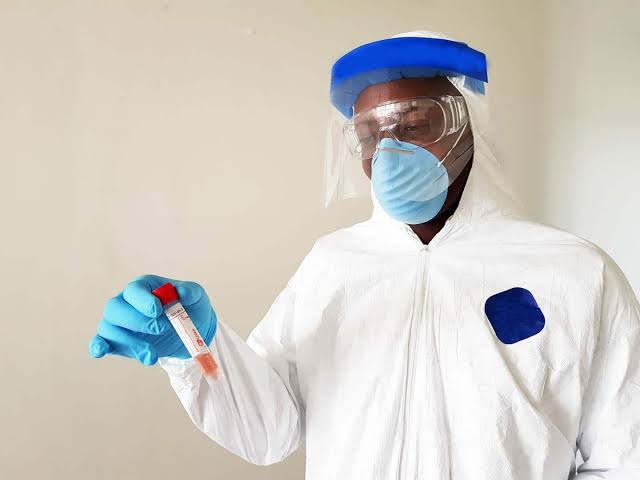 Investigation has revealed that the 6 Togolese  returnees and two other patients tested positive are from a community in Oriire local government area in Ogbomoso.

He said of the eights newly confirmed cases, six are Togolese nationals and the remaining two are Oyo state residents in Ogbomoso.

A source who pleaded anonymity at Ladoke Akintola University of Technology Teaching Hospital LAUTECH disclosed that the patients are from a community in Oriire local government area.”

He explained that when the Togolese arrived the community the people rejected them and denied them access to the community but after a lot of plea they agreed to go for medical check up.

“When they came here, they were asked to quarantined them for fourteen days and during which their samples were taken and 6 of them were tested positive.

”The two indegenes that were affected are those cordinating the Togolese”, the source added.

It was also gathered that more positive cases are likely to be discovered because more samples have been taken and results is being awaited.

This development has continued to generate mixed reactions from people who are Ogbomosho residents.

An indigene simply identified as Mr Ezekiel on Saturday while speaking with Mouthpiece NGR described the incident as “scary” and “unexpected” at a time everyone in the country are taking precautionary measures to prevent the novel virus.

Ezekiel said the Governor has not really acted well and he has been more irresponsible with his recent statement about two residents of Ogbomoso.

“He just mentioned two residents. Where do they reside in Ogbomoso. Where do they reside in ogbomoso? has their residences been locked down? who are their co-residents? what efforts are been made for tests to be carried out talk less of isolation? by opening up the state, are we not further exposing ourselves to more danger? This is the time to really stand up and be progressively active (proactive).”

Another commentator said: “There is no point for the Governor to continue to put the life of people in danger. No doubt, corovid-19 is in Ogbomoso going by the presence of Hausa from Kano every day.”

“You need to go WASO market and see them. Also the Governor should let people know which area did he found the two cases.

He should LUCKDOWN Oyo state immediately. I don’t know who is he impressing”

The last commentator identified as Mr Integrity added: “GSM is very transparent about saying where these cases were located since its a new part of the State.

By Standards and medical Ethics NCDC has been following which guides GSM too.

1. Name of Infected person will not be disclosed

2. House address will not be disclosed.

3. Immediately a person is confirmed positive, contact tracing is initiated.

4. There is Isolation Centre in Ogbomoso

5. Oyo State has testing centre, 1 in UCH and another by NCDC, other walk in test centres are available too.

6. It has been proven that total lock-down of the state cannot be very effective considering other factors too when we are yet to peak, economy of the state will be affected and GSM model has been shown to work in some EU countries.

7. The recent cases are people that travelled into Oyo State from neighbouring states not locally transmitted which proves his model to be working. Recently, 7 from Togo and the 2 Ogbomoso cases were from Kano.

8. FG is the main actor when it comes to effecting state lock-down bcos she controls the security architecture.

9. Seyi went to all entry points 3 days ago to further ensure this points are properly manned.