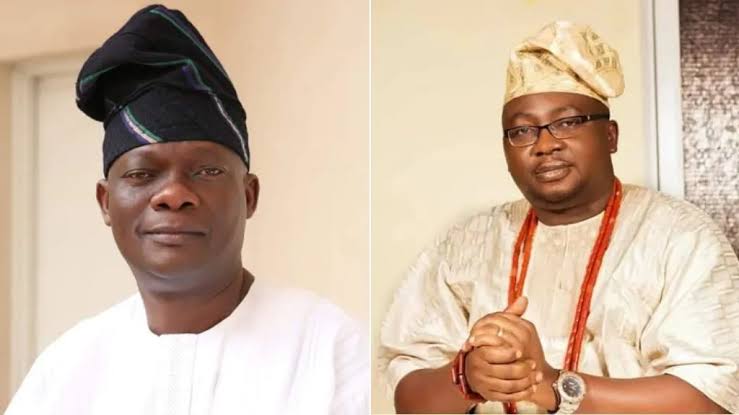 The spokesman of the Accord Party in Oyo State, Morufu Smith, has taken a swipe at the All Progressives Congress (APC) in the state, describing its gubernatorial candidate, Senator Teslim Folarin, as “warehousing a baggage of unscrupulous antecedents in his private and public life.”

Smith lashed at the Publicity Secretary of the APC over attempt to distance his party from the alleged attack on the campaign train of  Accord gubernatorial candidate, Oloye Adebayo Adelabu, by hoodlums suspected to be APC members.

The Accord candidate, Adelabu, had accused the APC of behind the attack against his team in Tede, ATISBO local government area of Oyo, last Thursday.

Smith, in his reaction on Sunday, described the response of the APC Publicity Secretary, Olawale Sadare, as unprofessional and full of acerbic and unnecessary attacks.

He advised the image maker of the APC to desist from engaging in blind attacks on Adelabu and brace himself up to defend “the baggage of unscrupulous antecedents the governorship candidate of his party (Teslim Folarin), warehouses in his private and public records, as they keep unfolding soon.

He added that the press statement is disingenuous, as it lacks any merit or characteristic of a reasonable, intellectual riposte, adding that the gaffe exposes the fact that the APC and its gubernatorial candidate should focus on the burden of Folarin’s credibility, among other candidates.

The statement read in parts: “I just read the response of the APC Publicity Secretary to the claims of attacks by miscreants on the convoy of Chief Bayo Adelabu at Oke-Ogun.

“One finds it ironic that the Publicity Secretary was advising Chief Adelabu to return ‘home’ to APC after walloping him with vitriolic, demeaning words. What a way to court reconciliation! What is most disheartening in the piece is how the Publicity Secretary downplayed Chief Adelabu’s well intentioned investments, contributing his own quota to the economic and social development in Oyo state.

The APC Publicity Secretary stated that the hospitality investments made by Adelabu have become a den for internet fraudsters to perpetrate their crimes.

“If the APC Publicity Secretary were in Accord, he is sure to be using Chief Bayo Adelabu’s hospitality investments he, Secretary, is condemning to sell Adelabu to Oyo electorates.

“Rather than engaging in blind attacks on Bayo Adelabu, the APC Publicity Secretary should brace himself up to defending the baggages of unscrupulous antecedents the governorship candidate of his party warehouses in his private and public records as they soon keep unfolding”