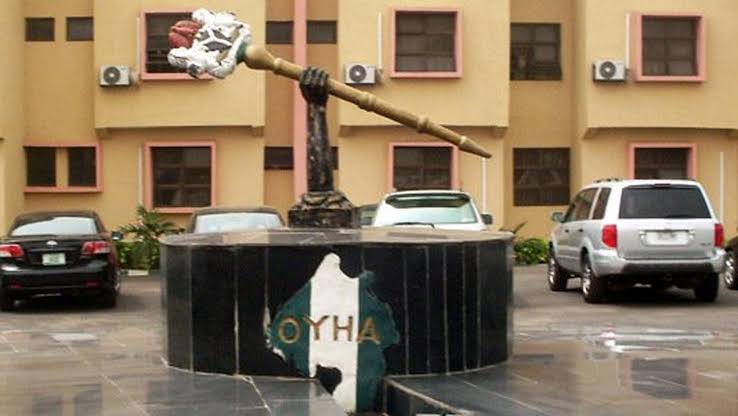 Following the presentation of the 2023 Budget Proposal by the Oyo State Governor, Engr Seyi Makinde to the State legislature, the Speaker, Hon Adebo Ogundoyin has assured that the lawmakers will give the documents an accelerated hearing.

The Speaker gave the assurance on Thursday shortly after the Governor presented three hundred and ten billion naira 2023 Budget Proposal to the House of Assembly.

Hon Ogundoyin said the lawmakers will not only ensure the speedy passage of the budget but will also be aggressive in ensuring its implementation and monitoring inorder to achieve the desired results.

He assured that the House will maintain necessary checks on all the arms of Government and the MDAs for outstanding performances.

The Speaker expressed optimism that the 2023 budget will record a higher level of performance than the outgoing fiscal year.

He said the 9th Oyo State House of Assembly remains the best ever in terms of outstanding achievements.

” As i speak, we have passed 82 Bills, 162 Motions and not less than 400 Resolutions which cut across Education, Security, Economy, Agriculture, Health, Infrastructure among others.

” Also, the 9th Oyo State House of Assembly now has a Media Studio with a state of the art facilities. With this, we live stream and record all our proceedings in this hallowed chamber.  All our activities are now on the internet in line with the vision and program of the present administration which has earned Oyo State the most ICT compliance State in the country.

” Aside from the fact that we have successfully repositioned the Oyo State House of Assembly for enhanced efficiency and professionalism, we have also made history as the crop of lawmakers who got the much sought after Financial Autonomy for the Legislative arm in the State. ” Oyo Speaker said

He commended Governor Seyi Makinde for running an all inclusive administration which has led to the spread of dividends of democracy across all the geopolitical zones across the State.