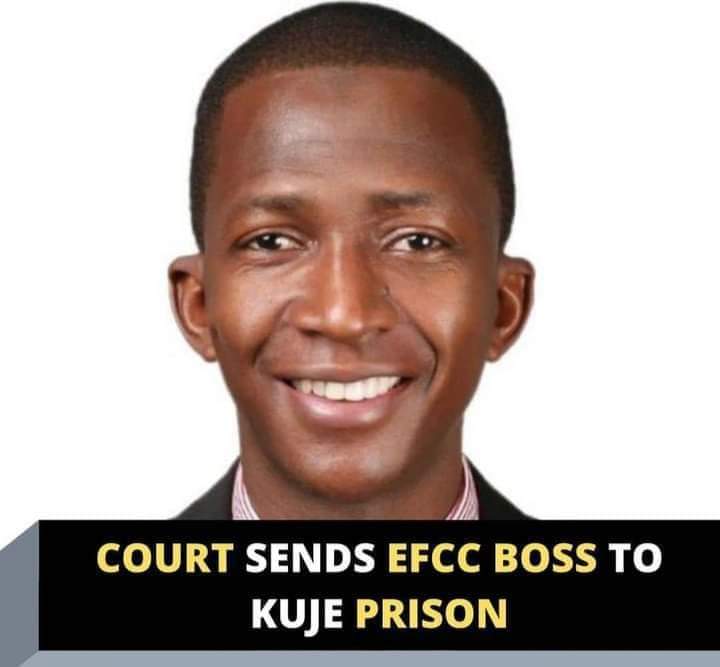 The Economic and Financial Crimes Commission (EFCC) yesterday said it will seek to set aside the entire contempt proceedings and committal of its chairman Abdulrasheed Bawa for contempt.

It said the order of Justice Chizoba Orji of the High Court of the Federal Capital Territory(FCT) was shocking because the commission had complied with it since June.It said the EFCC chairman will not tolerate impunity or disregard any lawful orders of court.

The commission made the clarifications in a statement by its Head of Media and Publicity, Mr. Wilson Uwujaren.

The anti-graft agency said its chairman was not served form 48 and form 49 for contempt proceedings to enable him to lay the facts before the court.

The statement said: “The EFCC, received with shock, report of the ruling by Justice Chizoba Oji of a High Court of the Federal Capital Territory (FCT) in Maitama, Abuja committing the Executive Chairman for contempt over the failure to comply with a November 21st, 2018 order of the court directing the Commission to return seized assets comprising a Range Rover (Super charge) and the sum of N40, 000,000.00 (forty million naira) to the applicant.

“This ruling is surprising as it creates a wrong impression of the person of the executive chairman of the EFCC as encouraging impunity.

“As far as the relationship between the EFCC and the judiciary is concerned, The Executive Chairman, Mr. Abdulrasheed Bawa has been an apostle of rule of law, due process, and close collaboration between the two institutions in justice administration.

“As an investigator, and the only chief executive of a law enforcement agency who regularly goes to court, the executive chairman will not tolerate impunity or disregard any lawful orders of court.

“Abdulrasheed Bawa, in his capacity as Executive Chairman of the EFCC since March 5, 2022, did not disregard any order of court. For the benefit of the public, the said order of the FCT High Court was given on November 21, 2018, three years before Abdulrasheed became EFCC Chairman.

“This fact is germane as the contempt process is quasi criminal in nature and must be served on the person involved. In this case, Bawa as incumbent chairman of the EFCC, was neither served form 48 nor form 49.

“Despite this fact, the executive chairman, upon being aware of the said order of November 21st 2018 had released the Range Rover in question to the Applicant on the 27th of June, 2022 and had approved the process of the release of the remaining N40 million.

“Despite the discomfort of this ruling which is seemingly promoted by misinformation, the commission remains committed to working closely with the judiciary in furtherance of the fight against economic and financial crimes in Nigeria.”