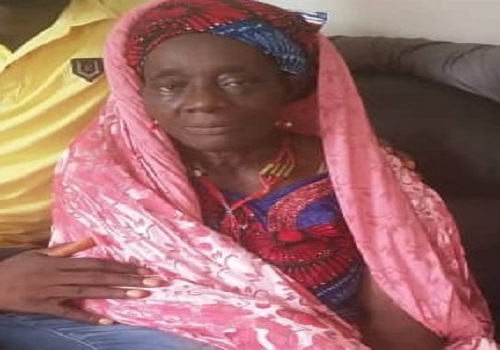 An 85-year- old grandmother Hajia Habiba Isah has been kidnapped at Ajakolia, Abocho, in Dekina LGA, Kogi State.
sah, a resident at Ajakolia, in Abocho was reportedly kidnapped while observing her evening (Ishai) prayers on Tuesday.

One of the children, who have been pleading for her release, said: “On that fateful Tuesday night, Hajia was said to have performed her ablution and complete her night ‘Ishai’ prayer around 8:25pm.

“According to an eyewitness, two young men emerged with bike and met her in her room. After exchanging pleasantry, they introduced themselves as her son’s errand boys who work for him in one of his ongoing housing projects in Lokoja, claiming that his son sent them to bring her to a neighbouring village close to her.

“They deceived her saying their boss do not want anybody to know she was around the neighouring village, assuring her that they will return her back to her village.
“Hajia was eventually taken away but with the company of six others kidnapped.”

Efforts to get confirmation from the Kogi State Police Command unsuccessful as of the time of filling this report.
Calls and texts to the command’s spokesperson, William Aya, a Superintendent of Police, were not responded to.