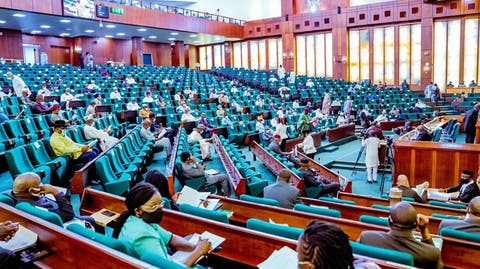 Minority caucus in the House of Representatives has asked the Federal Government to immediately resolve the lingering strike by the Academic Staff Union of Universities(ASUU).

The caucus also wants the Independent National Electoral Commission (INEC) and other stakeholders to put in place machineries to ensure a credible and peaceful general elections in 2023.
In a statement signed by the Minority Leader, Rep. Ndudi Elumelu to mark the nation’s 62nd Independence anniversary, the caucus also asked Nigerians to unite and forge a common front to salvage our country from the political and economic stranglehold of the All Progressives Congress (APC).

The Minority Caucus salutes the resilience and commitment of Nigerians towards national peace and development, despite the torments of economic hardship, depilated infrastructure, escalated insecurity, relentless acts of terrorism, state-backed abuses and violations occasioned by the misrule of the incompetent, corrupt and divisive APC.

The statement reads: “In the last seven years, Nigerians have passed through the most harrowing period in our national history during which they have been subjected to life-discounting experiences including the erosion of personal liberty and freedom, in defilement the very essence of Independence under a democratic framework.
“It is against this backdrop that we must approach the 2023 general elections with undiluted determination to redeem and salvage our nation by ousting the APC and democratically enthroning a purposeful and people-oriented government, come May 29 2023.

“Our Caucus therefore urges the Independent National Electoral Commission (INEC), security agencies and the other democracy institutions to put all mechanisms in place to ensure peaceful, free, fair and credible elections in 2023.
“Furthermore, the Independence Day presents to leaders at all levels the occasion to jettison all anti-people inclinations and rededicate themselves to selfless service in such a way that Nigerians can benefit from the abundant human and natural resources bestowed on our nation by God.

“The Minority Caucus calls on the Federal Government to use this occasion to take more drastic steps to rescue our compatriots who are still languishing in terrorist dens, including the remaining victims of the Abuja/Kaduna train terrorist attack.
“The Caucus also calls on the Federal Government to speedily address the issue of the prolonged strike by the Academic Staff Union of Universities (ASUU) so that our children in public universities can return to their studies.

“On our part, the Minority Caucus restates our commitment towards using all legislative instruments at our disposal in protecting the interest and wellbeing of Nigerians at all times.”