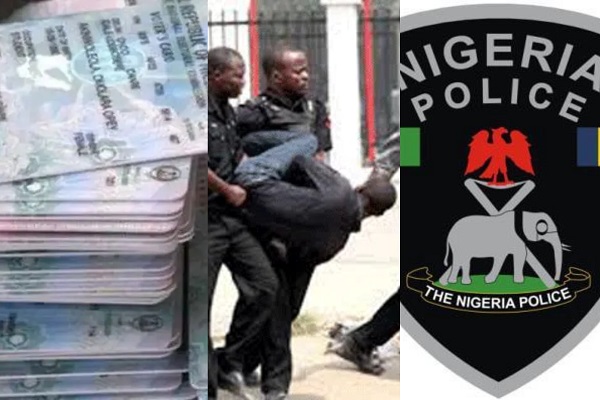 The Police in Sokoto State have arrested a man, Nasiru Idris, of Sabon Birni Local Government Area, alleged to be in possession of  101 Permanent Voters Cards (PVCs).

Briefing journalists on Thursday in Sokoto, shortly after decorating six newly promoted officers in the command, the Commissioner of Police, Mr Usaini Gumel, said that the suspect was arrested on Oct. 10 at Sabon Birni.

Gumel said that the arrest of the suspect followed a tipoff by a credible source.

“It is envisaged that owners of these cards are not only from Sabon Birni local government, but could be from other parts of the state because we could not trace the rightful owners of the PVCs,” he said.

The CP called on the public, especially those whose cards were either missing or misplaced to come to the command headquarters and check.

Gumel said that the command will return the unclaimed cards to the Independent National Electoral Commission (INEC).

Earlier, the CP had enjoined the newly promoted officers to live up to expectations and view their new ranks as challenge for more productive engagements in the service.