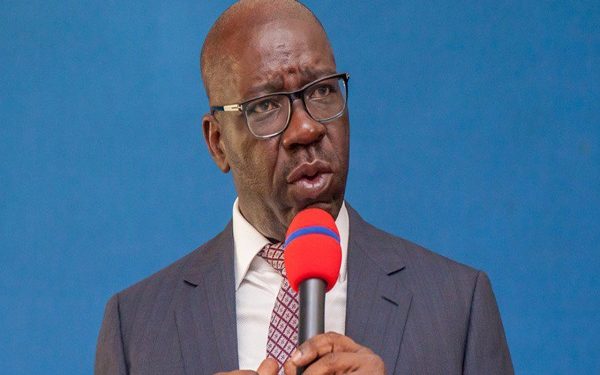 Edo State Governor Godwin Obaseki, blew hot on Monday as he advised Nigerians against supporting the All Progressives Congress (APC) in 2023.

Obaseki made the remarks at the inauguration of the Edo State Peoples Democratic Party (PDP) Campaign Council.

The governor said the Nigeria’s debt would soon hit N60trillion, a situation that would affect generations.

“Our heads should be examined as citizens if we contemplate voting for a government like APC.

Obaseki stressed that “nobody has done the kind of damage the APC government has done”.

The governor told party members and supporters that he does not know how the nation will recover.

Obaseki said his heart was “beating”, and that by the time PDP’s Atiku Abubakar wins, “we will not be able to sleep day and night”

“The debt of Nigeria is going to N60trillion. When are we going to get out of it?

“Every day, every month they are printing (money). When I spoke more than a year ago, I did not know it was as bad as this.

“What will happen to the naira, only God will help us. They have destroyed the bases of this country”, he declared.