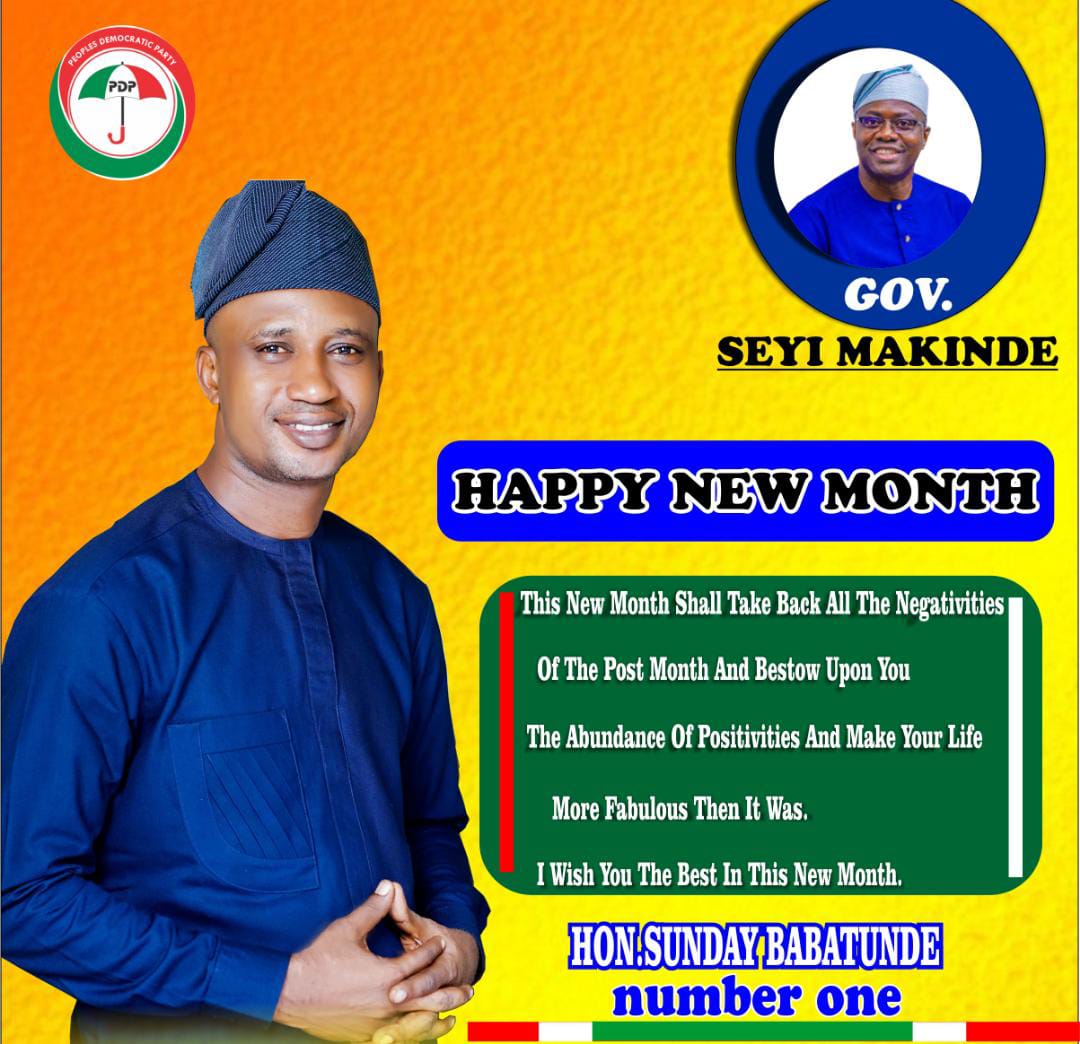 The PDP chieftain and erudite engineer, Hon. Sunday Babatunde has felicitated with Nigerians across the board on the occasion of 62nd Independent Day of the country.

In a statement released through his Director of Media and Publicity, Kehinde Gbadeyanka, he described the Nigeria political system as sham in which it embedded with shenanigans and mendacious. He frowned at the injustice and bad leadership permeate at all level of governance since 1960 and nothing has not been changed or experienced iota of change.

He urged the governments at all levels  to structure the system before embarking on restructuring. He said what has not been organised cannot be reorganized.

He commended the frantic efforts of H.E Engr. SEYI MAKINDE in bettering people’s lots and gradually delivering his campaign promises to the citizenry.

He called on Nigerians not to use this Independent Day to celebrate or merry but sit down, think deeply, come in full force come 2023 and vote for the Candidates who can take us from consumption nation to production, from retrogression to progression and from stagnation to movement.

“Our future lie on us come 2023 to make our choices wisely by voting for the people of good pedigree and antecedents rank from president to the Honourable member of state House of Assembly.”

“This is the high time Nigerians should unite and speak in one voice to get out of power the fuddy buddy, epileptic and speed with no direction leaders”

He concluded by prayed for Nigeria and Nigerians to overcome their challenges in every facets.