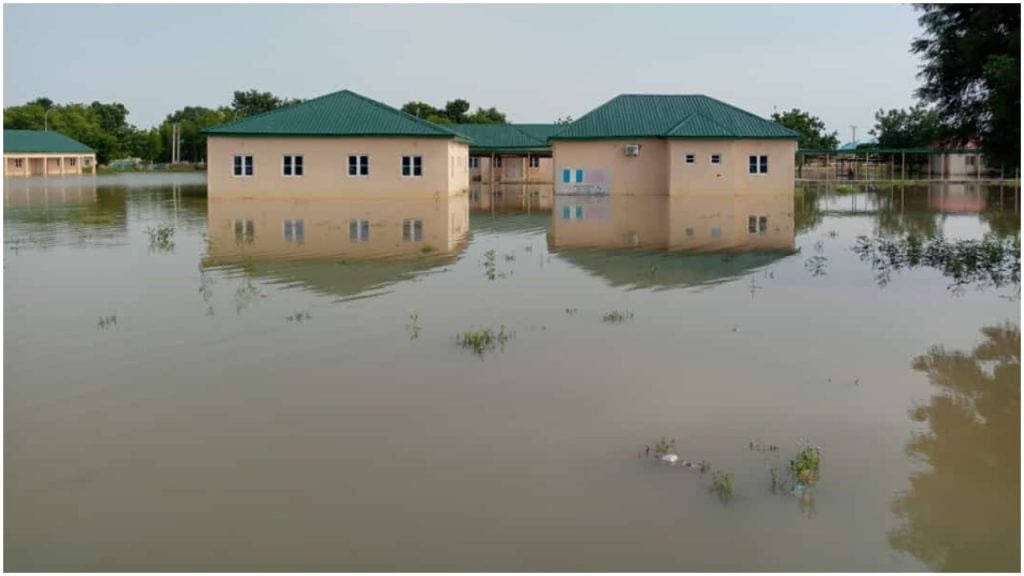 Members of the Kogi State House of Assembly, homeless as flood taken over their quarters and ravaging the state.

It was gathered that on Tuesday that the floods ravaging Kogi State and other parts of the country have yet to subside as the water level keeps on increasing by the day.

As a result, more households have been sacked along the rivers Benue and Niger, including the Lokoja metropolis, which is seen as the epicenter for now.

Also, gathered that the Kogi State House of Assembly Quarters along Ganaja road this morning quarter has been totally submerged, and many of the members have relocated to an undisclosed camp within the metropolis.

The Speaker and Deputy Speaker’s residence within the quarters have been taken over by the flood forcing the latter to move out.

Efforts to speak with people seen around the area proved abortive as many of them were afraid of speaking.

Some of the members who didn’t want their names in print were not happy that the Governor did not bother to visit their quarters for an on-spot assessment as he did at Old Market and other areas within Lokoja.

They stressed that the Commissioner of Environment, Hon. Victor Omofaiye, who was once their colleague, did not also bother about their plight.

Other areas visited like Ganaja village, Adankolo, and Old Market remain the same as the water level keeps increasing and not showing any sign of subsiding.