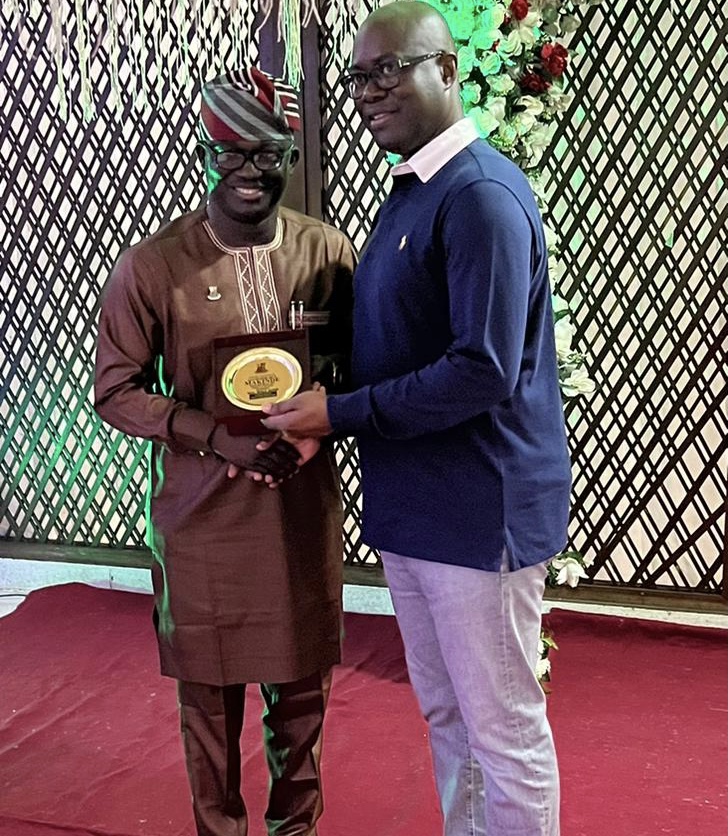 The Director-general, Oyo Liaison Office in Abuja and Lagos, Wale Ajani, has received a meritorious award of service from his principal, Engr. Seyi Makinde.

Makinde honored Ajani and other executives who had contributed admirably to the success of his administration in his customary way of praising and encouraging people who consistently uphold the principles of public service, the dignity of work, unwavering commitment to accountability, and probity in carrying out their assigned duties.

Ajani was presented the award yesterday at the International Institute of Tropical Agriculture (IITA) in honor of his achievements and efforts in expediting the development of the state of Oyo.

During the award presentation, Governor Makinde commended the recipient for a job well done and stated that his accomplishments had thus far been felt by his government.

He asked him to keep his attention on the plan being implemented by his administration as he worked to create the Oyo State of their aspirations.

Ajani expressed his gratitude to Governor Makinde for providing him with a platform within his administration to contribute fairly to the expansion of Oyo State.