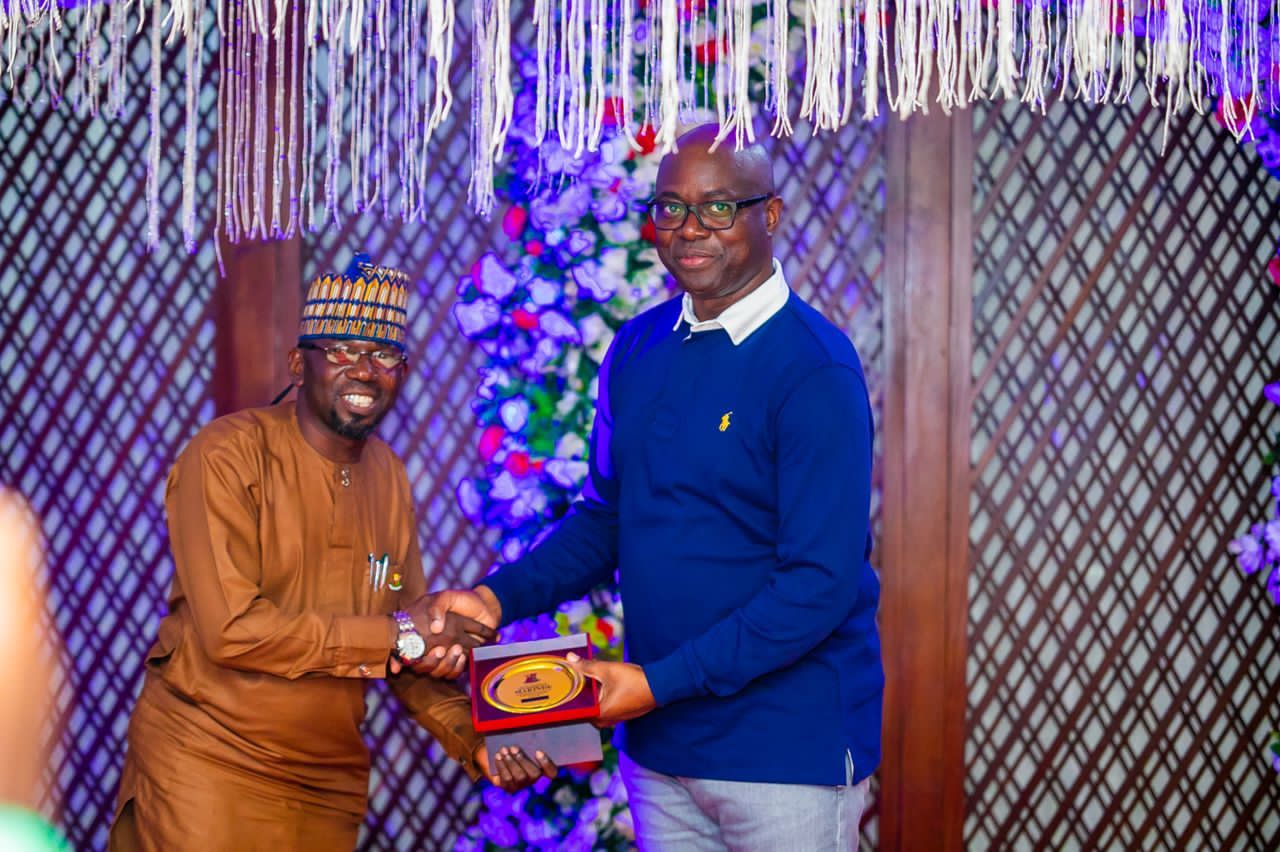 The S.A to Oyo State Governor on Islamic Affairs, Imam Abdul-rasheed Abdul-azeez has been honoured by his principal, Engr. Seyi Makinde.

MOUTHPIECE NGR understands that Imam Abdulrasheed, alongside other Governor’s aides were awarded yesterday at International Institute of Tropical Agriculture (IITA) to commend their respective efforts in current administration towards achieving accelerated developments in Oyo state.

While appreciating the awardee, Governor Makinde expressed his profound heartfelt for job welldone, adding that his contributions and inputs to the government since his appointment are immense and cannot be overemphasised.

He encouraged him to always key into the road map of his administration in the determination to achieve Oyo State of our dream.

In his reaction, Imam Abdul-rasheed Abdul-azeez thanked Governor Makinde for availing him a platform in his administration to contribute his quota to the development of Oyo State.

He noted that Governor Seyi Makinde’s giant strides in Oyo State is eye-catching and Muslim ummah have enjoyed massively in current administration.