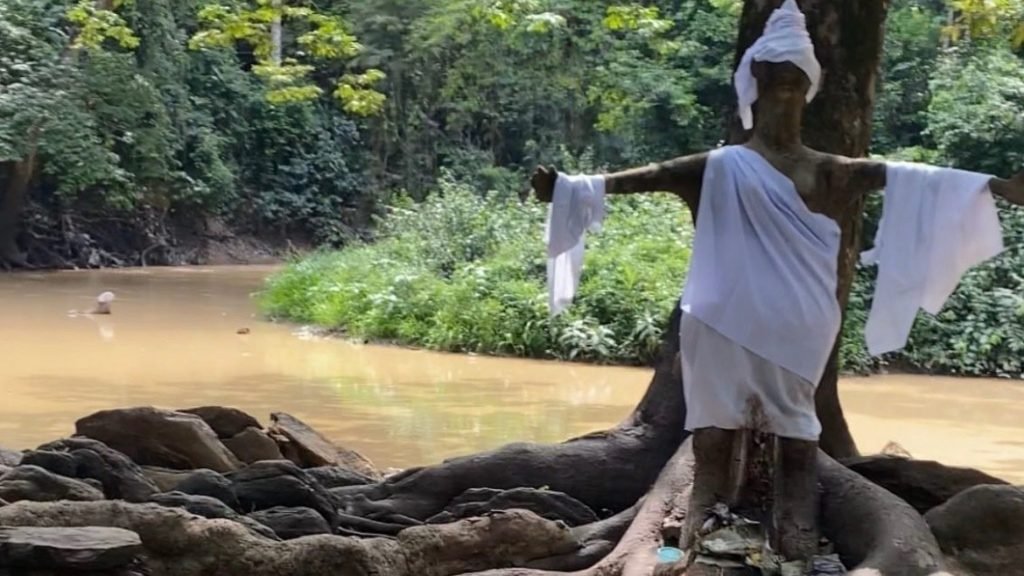 A yet-to-be-identified female teenager on Thursday reportedly jumped into the Osun river at Gbodofon area via Aregbe area of Osogbo capital of Osun.

This medium gathered the incident, which occurred around 4:30pm, caused gridlock around the bridge as motorists and passersby milled around the area.

It was learnt that the teenager alighted from a motorcycle from Ogo-Oluwa area after receiving an inaudible phone call and jumped into the river.

“A passersby who saw her jump into the river quickly alerted the state fire service. We didn’t know what happened to her, we were just looking at her from a distance and receiving a call. All efforts to rescue her proved abortive. They couldn’t find her body, maybe due to the water level in the river.”
Another witness, Alabi Grace said: “She was receiving a phone call when she dropped from the motorcycle and jumped into the river, the current moved her to the other side. We were seeing her head but no one can jump into the river because of the water level.

“Unfortunately before operatives of the fire service arrived she had disappeared and they could not jump in as well.”

Efforts to get a reaction from State fire service officials proved abortive. The mobile of the Administrative Officer Ibrahim Adekinle was not reachable.