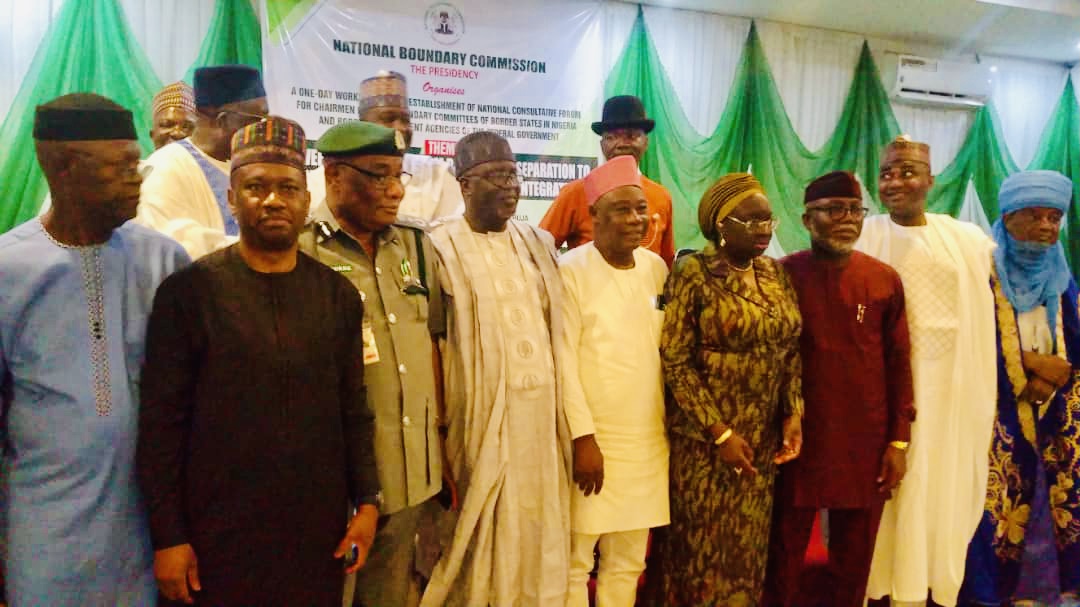 A formal cross border interaction between the local authorities and border communities accross the borders has been identified as the panacea to alleviate the fears of turning Nigeria’s border regions to ungoverned spaces and safe haven for terrorists and other transnational organized crimes.

Recall that MOUTHPIECE NGR had earlier reported that Oyo Deputy Governor, Barrister Bayo Lawal along other 35 deputy governors in Nigeria attended a one-day National workshop for the establishment of a National Consultative Forum of chairmen of state boundaries and border management agencies of the federal government themed “Converting Borders From Barriers of Separation toBridges of Co-operation and Regional Integration” in Aso rock, Abuja.

The Director-General of the National Boundary Commission, Surveyor Adamu Adaji made this disclosure in Abuja during a one day workshop on the establishment of National Consultative Forum for Chairmen of State Boundary Committees of Nigeria’s border states and board managementagencies of the federal government.

The DG noted that the suggested constant interaction would give the border communities a sense of belonging moreso that local communities share social  economic and cultural activities and relate informally through visits and joint activities that build confidence.

Alh Adaji pointed out that the task of securing the nation’s borders was a collective responsibility by all.

He therefore charged all deputy governors in the 21 gateway states in Nigeria to engage their counterparts in the neighbouring countries to assist in cross border develoment initiatives that would proffer on the spot solution to some rising security challenges along the borders and stengthen opportunities for cross border economic development.

Some of the solutions proffered to reduce trans border crimes include construction of roads to neighbouring countries as well as rail line extension to some of these countries.