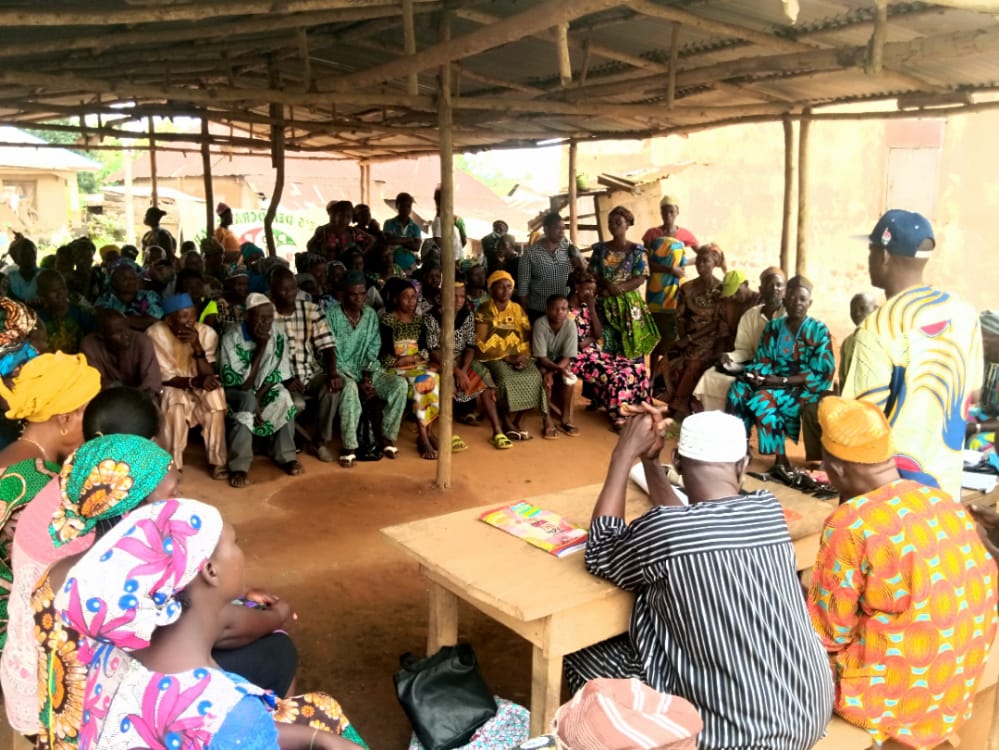 The empowerment Programme which he organized for PDP members in ward 9 had in attendance, Engineer Akeem Olatunji, the Chairman of PDP in Oluyole LG, Alhaji Adegbola Mukaila.

Hon Moses who is a Special Assistant in Oluyole Local Council, distributed cash gifts to over 40 beneficiaries.

While speaking, Hon Seyi Moses, said, ” this my own way of contributing my own quota to support Governor Seyi Makinde’s pro-masses welfare policies and also to gear up our party members for the success of all PDP candidates.”

Moses therefore enjoined party members to work in unison to ensure that the re-election bid of Governor Seyi Makinde is a smooth ride while he will make the empowerment program a monthly routine.

On his part, Oluyole PDP Chairman, Alhaji Mukaila Adegbola, advised party members to shun all forms of divisive tendencies and see themselves as one big family with Governor Seyi Makinde as a caring family head.

In his goodwill message, Engr Akeem Olatunji II retreated the need to sustain the current tempo in the party as PDP in Oluyole is waxing stronger on a daily basis while the likes of APC, Accord and others are depleting daily.

“it is not in doubts PDP parades the best of candidates in Oluyole local government and everyone must strive to make Governor Seyi Makinde proud with the electoral results from Oluyole in 2023 elections.’

Cash gifts were later handed over to the beneficiaries with prayers for Governor Seyi Makinde and all PDP Candidates.