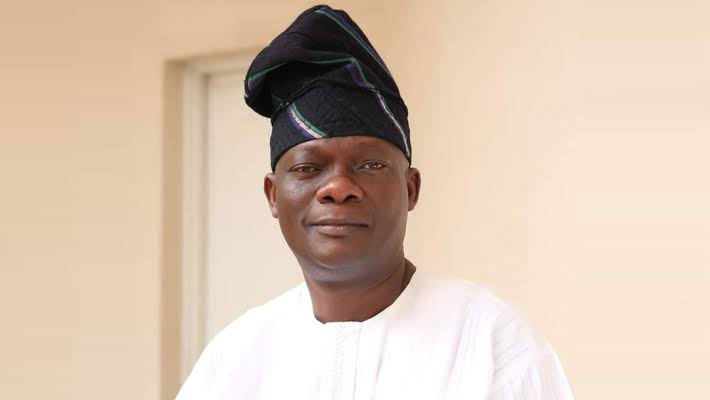 The People’s Democratic Party (PDP) in Oyo state has said that Police investigation which unravelled the truth and exonerated members of the ruling party of having any connection with the incident at the APC campaign rally in Ibadan two days ago has made it incumbent on the security agency to immediately investigate Senator Teslim Folarin.

The Oyo PDP said the press statement by the Commissioner of Police which provided detailed information and clarity on what was tagged ‘malicious’ allegation by Folarin and the state chapter of the All Progressives Congress, APC has justified its fears about the level of desperation by the opposition and its do-or die approach to the coming 2023 election.

The ruling party disclosed this in a press statement made available to newsmen early Thursday morning (today) by its State Publicity Secretary, Akeem Olatunji saying, “Folarin’s penchant for telling unbridled lies and maliciously fabricating falsehood to gain cheap political relevance has made him notoriously notable.

“Folarin’s alleged involvement in the yet to be resolved gruesome murder case of former NURTW chairmans in the state, Alhaji Eleweomo still remain fresh as evidence in our minds that the Senator is capable of anything and can do anything for his selfish political gains without recourse to consequences of his actions.”

The Oyo state PDP stated further that Folarin is capable of anything and therefore, called on the state Commissioner of Police, CP Adebowale Williams and the Department of State Security Services (DSS) to immediately investigate the Senator whom the ruling party alleged of stockpiling arms ahead of 2023 general elections.

The party stressed that Folarin has consistently been engaged on deliberate smear campaign and unprovoked verbal attacks against the state Governor, Seyi Makinde and some of the state government’s political appointees including the Chairman, Oyo State Park Management System (PMS), Alhaji Mukaila Lamidi.

According to the ruling party in Oyo state, Folarin brazenly brought out a sword and dangled it at his official governorship declaration signaling a call for war which constitutes serious threat to state security, public peace and orderliness wondering what message the senator was sending across to his party faithfuls with the show of sheer brigandage such as publicly dangling such dangerous weapon.

Consequently, the ruling party said the unprecented sector by sector achievements of Makinde in less than four years in office which has attracted national, continental, and global attention has shown opposition parties in the state, particularly the APC that there is no vacancy at the Agodi Government House come 2023 which has further fueled desperation of the Senator and his party.

The party noted that it uncovered Folarin’s plans alongside the political strategy of the APC in Oyo state which is to create political tension via the use of organized violence attacks at selected places and events and thereafter, alleging Governor Makinde and the PMS boss of masterminding them with a view to blackmail and discredit the PDP government ahead of the 2023 polls.

“The police investigation and press statement yesterday could not have come at a better time because it didn’t just vindicate Governor Makinde and Alhaji Mukaila Lamidi as alleged by Folarin and APC but also exonerates us for not having any connection whatsoever with the APC event.

“We are not unmindful of Folarin’s plans and APC strategy in the state ahead of 2023 having no ground whatsoever to tackle the PDP government in the state or engage in political debate to discuss strategic developmental policies and programmes, and as such, has resorted to what it knows how to do best; spreading of false propaganda as well as coodinating organized violence crimes and blaming them on government.

“We understand, no matter how long, a leopard can never change its skin therefore, no matter how much of reform and development the PDP has tried to bring to the political landscape in the state some unrepentant political opportunists such as Folarin will never be transformed into anything refined and because we know his political antecedents, we will not allow him take us back to the Eleweomo era.

“We have also gathered that Folarin has commenced the recruitment of political thugs and hoodlums the APC is planning to deploy to unleash mayhem on innocent citizens and perceived political enemies within his APC in Oyo state and thereafter, crying wolf to discredit efforts of the state government and security agencies in the state.

“By this, we are calling on the Commissioner of Police, CP Adebowale Williams and the Department of State Security Services (DSS) to set machineries in motion to thoroughly investigate Senator Teslim Folarin because his conducts and actions have shown beyond all reasonable doubt that his selfish political aspiration is superior to human lives and security of the state.

“The hideout where Folarin is using to stockpile arms and ammunition as well as breeding ground for political thugs and hoodlums should also be tracked down and flushed out because to us in the PDP, no amount of political aspiration is worth a single human’s life and we do not want anything untowards from either Folarin or any member of the opposition that will undermine the relative peace and security  being enjoyed in the state.” The Oyo state PDP stated.