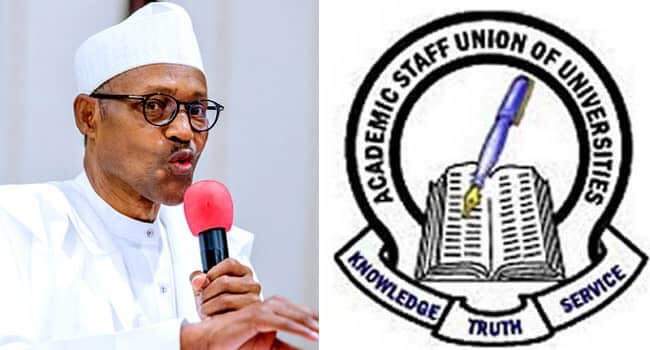 Mouthpiece NGR gathered yesterday that the striking lecturers will be paid their Earned Academic Allowance from the N50 billion released by the federal government only after they have called off their strike.

Government said the N50bn was set aside for the university based unions as part of efforts to end the strikes.

The Joint Action Committee of the Senior Staff Association of Nigeria Universities and the Non-Academic Staff Union of Allied and Education Institutions had suspended their strikes for a period of two months, following a meeting with Education Minister Adamu Adamu.

They were followed by the National Association of Academic Technologists (NAAT) which also put its own three-month strike on hold.

The Director of Press and Public Relations, Federal Ministry of Education, Ben Gong, said in Abuja that government had met ASUU’s demands and the union would have its own share of the N50 billion.

His words: “ASUU itself has conceded that the government has met 85 per cent of its demands except that Prof Osodeke seems to be going front and back.

“At one point, he (Prof Osodeke) will tell you that they have agreed on all the issues except on the no work no pay issue and that the government should sign the agreement. He has said that himself.

“At another point he (Prof Osodeke) would say none of the issues has been agreed upon.“The truth is that we have actually agreed on all issues except on the no work no pay policy.

“The N50bn will not be released until ASUU resumes work. A ratio has been established for any money released during ASUU strike; it is two to one in favour of ASUU.

“What is due to the other unions will be released to them since they have resumed. But ASUU’s share will be held back until they resume.”

He said the federal government had rejected the University Transparency and Accountability Solution (UTAS) – payment platform developed by ASUU.

Gong, however, said the government has set up a committee to harmonise UTAS, the University Peculiar Personnel Payroll System (U3PS) and Integrated Payroll and Personnel Information System (IPPIS) into one single payment platform for all government employees.

“Government has rejected UTAS but it is still going to use UTAS with U3PS and IPPIS to come up with one payment platform for everybody who is paid by the government.”

ASUU President, Prof Emmanuel Osodeke, could not be reached for comments last night.

He did not return calls made to his mobile phone numbers.

It was gathered that the government, through the Tertiary Education Trust Fund (TETFUND), was working on releasing additional N100 billion as revitalisation funds to universities.