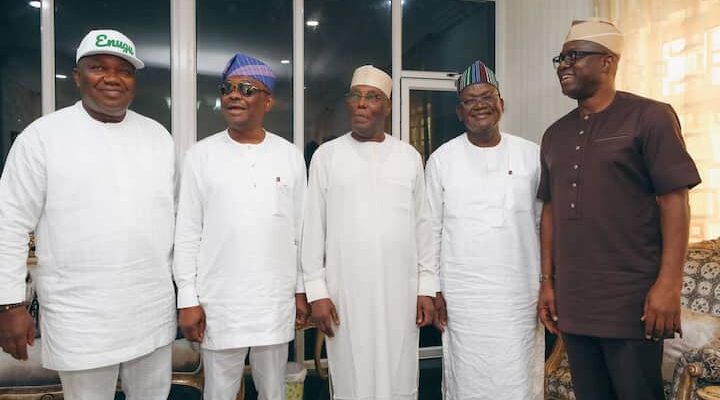 Atiku Abubakar, the PDP’s flag bearer, and Nyesom Wike, the governor of Rivers state, will be contrasted once more. The two are thought to have set a date for when negotiations will begin before the start of the parties’ campaigns.

The party crisis has involved the two political heavyweights, and as things stand, only they can put an end to it.

According to sources within the People’s Democratic Party (PDP), Atiku Abubakar and Nyesom Wike, the governor of Rivers State, have agreed to meet on September 7 in order to discuss his candidacy for president.

The new date for the pair’s meeting is a follow-up to their previous encounter, which took place in London a few days ago, MOUTHPIECE NGR has learnt.

According to information obtained on Sunday, the meeting in London came to a standstill because the two parties were unable to find common ground. This has dragged out the party’s ongoing crisis.

“What I can tell you is that after the meeting in London, it was decided that Waziri would report back to Wike in two weeks. If my prediction is true, the meeting might happen on Wednesday of next week. The PDP candidate says she is aware of the “optics” of the entire crisis and that she is still optimistic that the issues inside the party will be resolved for the better.

According to the source, the party’s presidential candidate is amenable to a peaceful resolution in order to maintain party cohesion before the 2023 presidential elections.

The insider went on to say that Atiku is willing to consider Wike’s request, but only if it is somewhat realistic.

According to another source who provided information about the recent development, some party members who want the current party chairman (Dr. Iyorchia Ayu) to step down have other goals in mind.

Even though I don’t want to get involved in this matter, the source posed the following question: “What is the hidden agenda of those demanding for Senator Ayu’s resignation at this time, when the beginning of campaigns is just a few weeks away?

“I acknowledge that these people’s agitation may have some justification, but the timing makes me uneasy. I believe that such clamor should be delayed until after the election.”