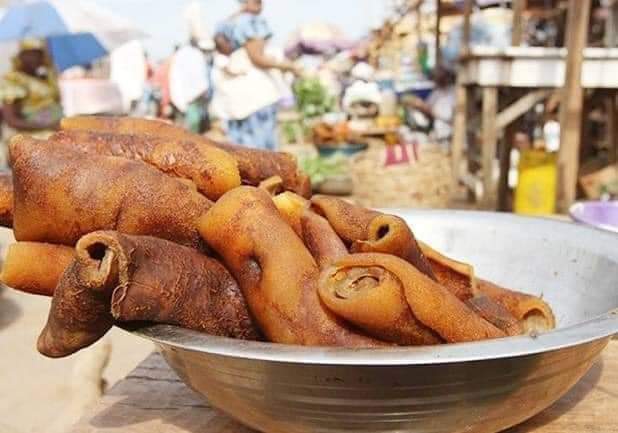 Animal hides, locally known as ponmo, in Yoruba and kanda in Igbo is a popular supplement in soups enjoyed by many Nigerians.

Many Nigerians are simply at home with ponmo consumption but the recent announcement by the Federal Government proposing legislation to ban the consumption of animal skin to revive the comatose leather industry has sparked mixed reactions.

In July 2019, the National Agency for Food and Drug Administration and Control (NAFDAC) warned Nigerians to be careful when buying Ponmo.

Although, different health experts have argued for and against the nutritional value of Ponmo, it has not stopped those who love it (Ponmo) to stop consuming it. In fact, it has become a daily staple delicacy for consumption.

But what are the hazards attached to eating Ponmo:

2. Some of the animal hides are sometimes pre-treated with industrial chemicals, which are not of food grade and are toxic and injurious to human health.

3. The imported animal hides are meant for industrial use by leather industries for the manufacturing of items such as shoes, bags, belts and others.

4. Two likely causes of importing and buying the ponmo are that it is cheaper than the ones produced and sold locally. The importers therefore feed on the ignorance of Nigerians who are unable to distinguish between the one fit for consumption and the harmful one.

5. Livestock farmers are advised to note that industrial animal hides cannot and should not be used in the manufacture of animal feed.

7. The means of processing the ponmo in the market is dangerous to human health, even the importation alone poses as a serious threat to one’s health.