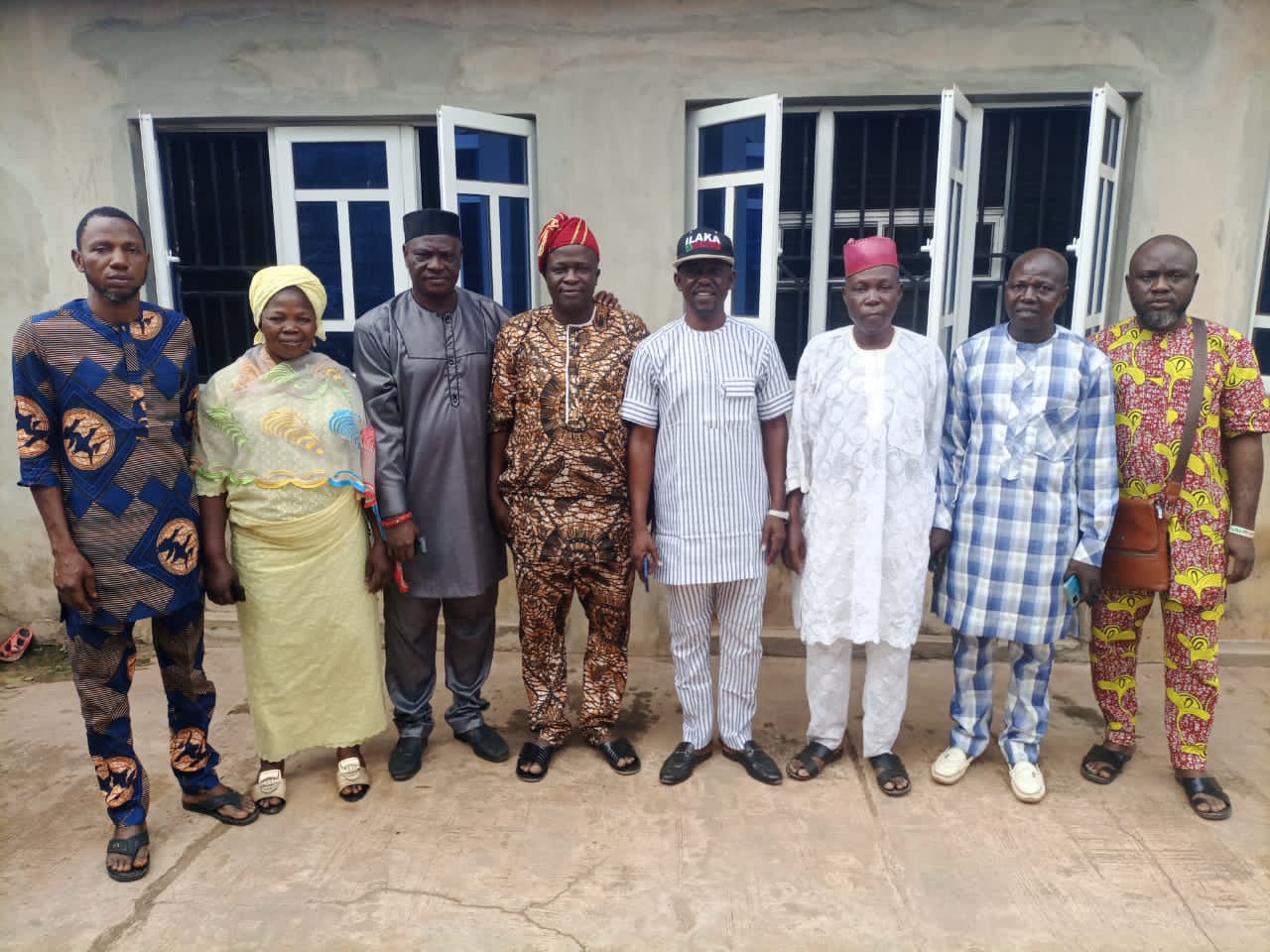 The publicity secretary of the Peoples Democratic Party in Oyo state, Engineer Akeem Olatunji on Saturday received the leadership of APC Trinity Group in Oluyole local government under the leadership of Hon Christopher Ogunranti and other leaders like Chief Ojo Ekun, Oloye Majek, Baba Kenny Tai, Baba Ilesanmi, Mama Alauje and Baba Alaho. Hon Ogunranti was the House of Assembly candidate for Accord Party in Oluyole LG where he lost by 800 votes having came second behind the eventual winner and also served as the Chairman of APC Contact and Mobilization Committee which midwived the electoral victory of the current APC House of Representatives Member, Hon Tolu Sadipe.

“Since every politics is local and a game of numbers, it gladdens our hearts to welcome the APC Trinity Group and their over 1,000 members across Oluyole local government into the fold of PDP as our umbrella under the leadership of Governor Seyi Makinde is wide enough to accommodate the growth and progress of each and every of our members.”

The statement further read: “The group which had earlier been received by the State party Chairman, Hon Dayo Ogungbenro, the State Secretary, Alh. Wasiu Adeleke, the Publicity Secretary, Engr. Akeem Olatunji and other distinguished State Executive members of PDP, our able leader, Dr. Gbola Adetunji, Hon. Comm. for Education, Hon. AbdulRaheem Abiodun, the local party chairman, Alh. Mukaila Adegbola and his executive members, the executive chairman of Oluyole LG, Hon. Olaide Settle and his cabinets, Hon. Olumide Akinlade among other party chieftains. On that same day, another formidable group from APC led by a former Honourable Commissioner for Environment under the late Ajimobi government, Hon Jide Adewale, was warmly welcomed to the larger umbrella of PDP.”

“In their remarks about seven days ago at the party’s local government meeting, the groups promised to contribute their own quota to ensure a landslide victory for Alh Atiku Abubakar for President, Governor Seyi Makinde re-election, Chief Bisi Ilaka for Oyo Central Senatorial seat, Hon Olawale Mogbonjubola Jagaban for Oluyole Federal House of Representatives seat and Hon Waheed Ilumoka Presenter for Oluyole House of Assembly seat.”

“As more people, stakeholders and groups are joining PDP, it is very important to appreciate and commend Governor Seyi Makinde whose purposeful leadership and good governance mantras have endeared PDP to the majority of Oyo State citizens.”