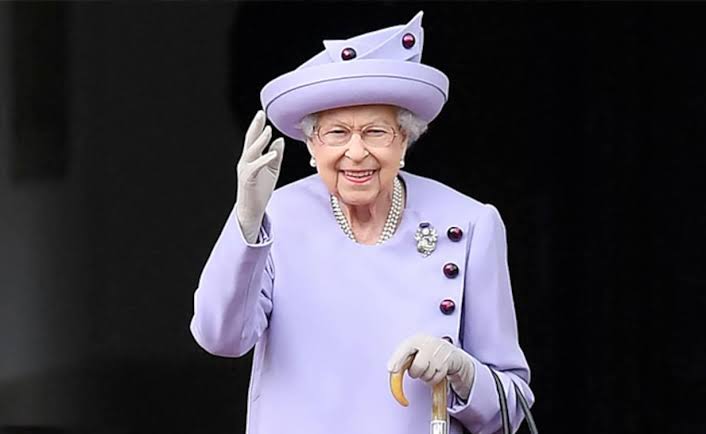 But the varsity where she lectures had expressed reservations over Uju’s tweets.
After many people reported the tweet, Twitter deleted the post for violating a rule that prohibited “wishing or hoping that someone experiences physical harm.”

The university, in reaction to the development, said although it believes in “free expression”, it does not condone the views expressed by the professor.
“We do not condone the offensive and objectionable messages posted by Uju Anya today on her personal social media account,” the post reads.

Uju also accused Queen Elizabeth II of sponsoring the “genocide” that led to her family being displaced.
In another tweet, she referenced the alleged role of the British empire in supplying the Nigerian government with arms and ammunition during the nation’s civil war which spanned 1967 – 1970.

She said: “If anyone expects me to express anything but disdain for the monarch who supervised a government that sponsored the genocide that massacred and displaced half my family and the consequences of which those alive today are still trying to overcome, you can keep wishing upon a star,”
Her post attracted a flurry of reactions including criticisms and backlash.

Before now, there have been previous calls for Uju to be fired from her job over her controversial remarks.

Anya was called out for using the ethnic slur ‘Akata’ but she apologised.
Among those who have reacted to the academic’s latest comments include the founder of Amazon, Jeff Bezos, Piers Morgan, others.

“This is someone supposedly working to make the world better? I don’t think so. Wow” Bezos wrote.
But she replied Bezos saying “Otoro gba gbue gi. May everyone you and your merciless greed have harmed in this world remember you as fondly as I remember my colonizers.”
President Buhari’s aide Bashir Ahmed tweeted: “Don’t know that Uju Anya until I saw some of her tweets for the first time on my timeline this evening, her tweets about late Queen Elizabeth II were so unfortunately unnecessary.”

Another user, @Damola said: “Uju Anya is saying everything you are scared to say.”
@Mochievous posited: “I stand with Uju Anya. What Jeff Bezos did was absolute trash. It is the audacity to think that he can contribute to this conversation and attack her. Wtf?”
Dr. Ayo Sogunro said: “My thoughts really go to Uju Anya because it is going to be some trying days ahead. The Western world only allows rejoicing at the deaths of leaders from Africa, the Middle East, China, and Eastern Europe. The death of any Western leader is a sacrosanct and sober affair.
“People wrote, justifiably, extremely gleeful articles and tweets when Gadaffi and Mugabe died. The Queen should not be immune from similar expressions by people who truly dislike her and the institution she represents.”
Piers Morgan wrote: “You vile disgusting moron.”