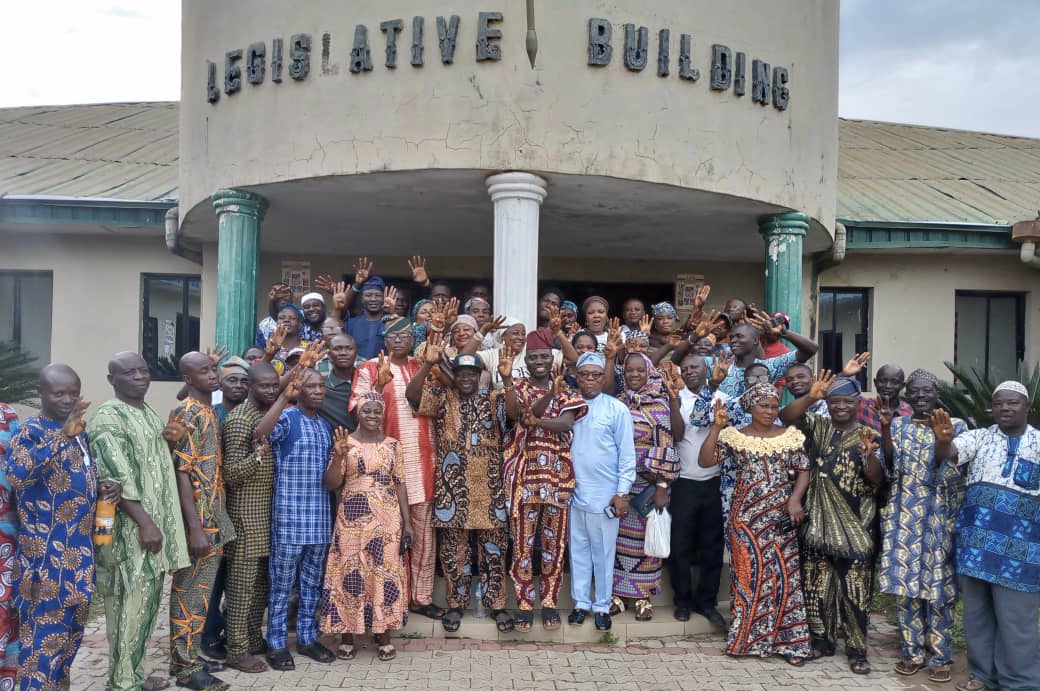 Sequel to the commencement of the political parties  campaign ahead of the 2023 general elections, People’s Democratic Party, PDP in Arowomole ward 03 of Ogbomoso South has instituted a grassroot mobilisation campaign council.

The campaign council will help the Peoples Democratic Party (PDP) candidates at all levels at the ward in its campaigns ahead of the 2023 general elections.

The organiser of the event and chief host, Aremo Abduljelil Bamidele Busari Secretary, Ogbomoso South local government, said the decision to come up with the ward campaign council was in line with the vision and mission of the PDP in creating a platform for decentralized participation and inclusion in political activities.

Aremo Abduljelil while promising that Arowomole Ward 03 of Ogbomoso South will deliver for all the candidates of the PDP, said the council will work extensively in collaboration with the existing PDP structure to support and contribute to the victory of PDP Oyo State gubernatorial candidate, Engr Seyi Makinde and the PDP at large.

Speaking at the event, Aremo Abduljelil rolled out the achievement and benifits that has rolled to the way of the ward from January 2022, he said over 100 Members of the Ward are beneficiaries of the Party Empowerment with Ten Thousand Naira Each for Small Businesses, while some also benefited from empowerment items such as grinding machine, sewing machines, hair dryers, gas cookers, generators, deep freezers among others.

He added that there were also special cash donations to widows, scholarships: Oyo State School of Hygiene Eleyele Ibadan, First Technical University Ibadan and Best Legacy College of Education Ogbomoso, agric and farmer support and empowerment, such as fertilizers, seedlings, farm chemicals, water pumping machines, agricultural training at Nasarawa and so on.

Aremo Abduljelil also recalled that members of Arowomole Ward 03 of Ogbomoso South Local Government also benefited from the Oyo State NG-care Grant Loan and OYSIPA Loan, Workshop and Seminar, drilling of motorized Boreholes at Osuru, Bolorunduro, Gomal-Irewolede and Abede-Orile Community.m, approval of a Magistrate Court by Oyo State Government through Ministry of Justice at Estate Area beside Baptist Health Centre which is set to commence soon, urging them to be expecting the reconstruction and reabilitation of roads in the ward area such as , Arowomole Round about to Arowomole Market, Kolara, Ijeru Road, Baptist High school, Oke-Osuru Road, Methodist Primary School Road,Ora-Gada Road to Araada Market Road, in addition to the commencement of Solar hybrid mini grid at Bethsaida Community by the Oyo State ministry of Energy.

In the same vein, Ogbomoso South PDP Party Chairman, Apostle Moses Olamoyegun highlighted the achievements of His Excellency, Engr Seyi Makinde, saying it’s a stand which he believes will help convincing voters who are doubting of which candidates to vote for in the coming election.

In their own address Former PDP Southwest youth leader Hon. Emmanuel Oladejo charge the committee members and those in attendance to be familiar with the new voting method and way out to it, while Mrs Doja Agbejimi declared support of all PDP Contestant, from PDP Presidential Candidate- HE Alhaji Atiku Abubakar, Gubernatorial Candidate in Oyo state, HE Engr Seyi Makinde, Senatorial Candidate Mr Solomon Akinwale, House of Representatives Candidate Femi Onireti and House of Assembly Candidate- Hon Sanjo Adedoyin.