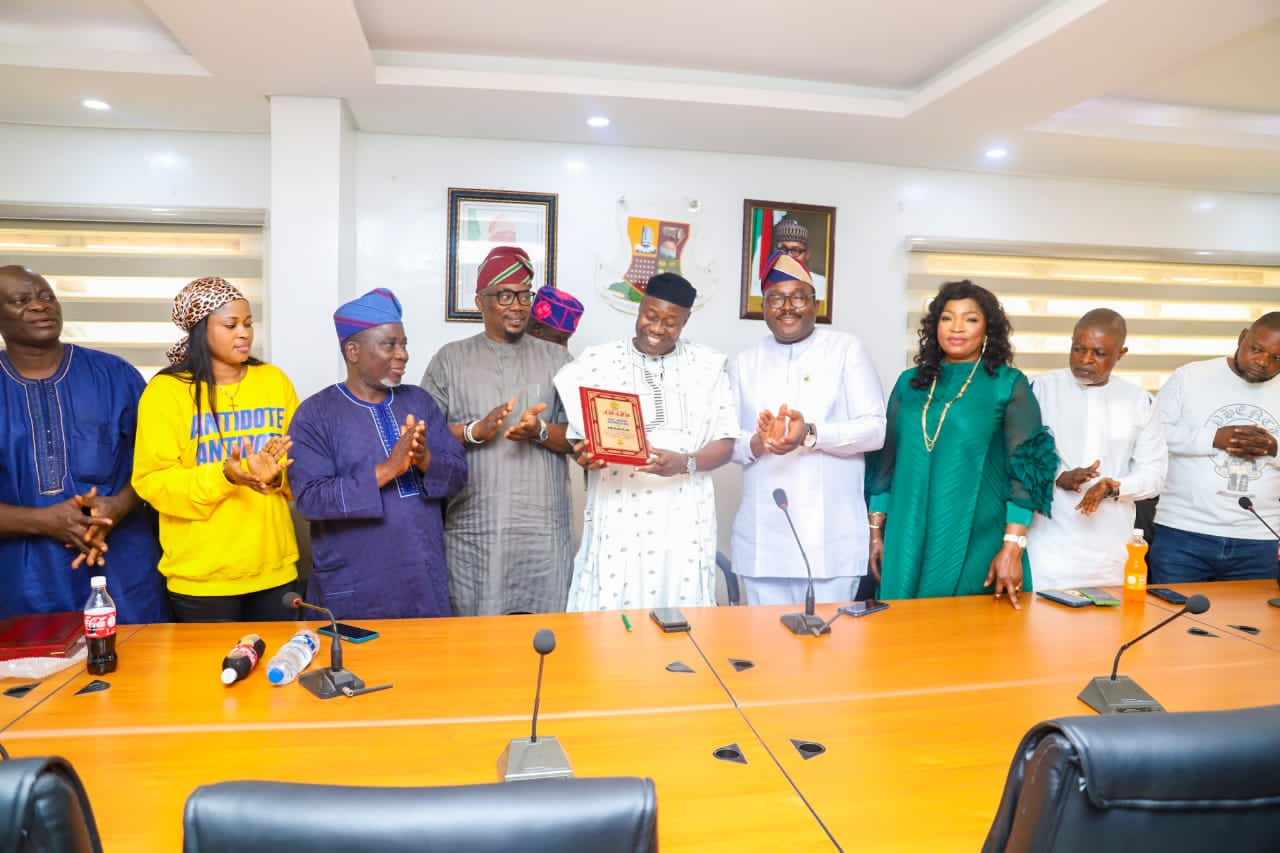 Former House of Assembly Lawmaker and Special Adviser to Governor Seyi Makinde on Culture and Tourism, Hon. Ademola Akeem Ige has been honored with the prestigious Ibadan Icon award.

Hon. Ige was among the five recipients of the award which were given out by the Ibadan Intellectuals Circle, an association of Oyo State Indigenes in Kano city.

MOUTHPIECE NGR understands that the award is to honor key players who have contributed to the growth and development of Ibadan and her subjects.

In his remarks, the association’s public relations officer, Hon. Sulaiman Adedeji Iroko, praised Hon. Ige who is also the Baameto Aare Onakakanfo of Yorubaland, for his qualities, dynamism, and tenacious efforts in revamping the tourism and promoting our culture.

He said that the special adviser has been a very good man and has a sterling reputation, adding that you can approach him at any time and he would always be willing to help.

“We normally come once in a while to Oyo state. We are benefiting from this government. We appreciate the step Governor Makinde is taking in unifying everyone in Oyo State including Hausas and Igbo. We are grateful.”

“Yoruba community are able to perceive the influence of Hon. Ige in the society, and that’s why we deem it fit to come and give him this ICON OF IBADANLAND AWARD,” the speaker said.

“He has been working around-the-clock to support Oyo students in various states and has effectively represented and safeguarded the interests of Ibadan indigenes and Oyo State as a whole in Kano city.” Especially when he was the council chairman in Ibadan South East, Mapo.

Adedeji also mentioned how, together with others, they were able to create the Ibadan Intellectuals Circle in Kano state using FOSSU members and how they have made significant impact in Yoruba Community.

While speaking on behalf of Governor Seyi Makinde, his executive assistant on administration and general service Rev. Idowu Ogedengbe, said many people recognized Governor Makinde for becoming the first governor in the history of the western region to transfer authority to his deputy, Barrister Adebayo Abdul raheem Lawal.

He emphasized that the Governor is a shining star and that everyone in his cabinet is a star because of the teamwork that is being shown by them all to work as a team.

Ogedengbe hailed the Emir of Kano for allowing an Oyo state indigene to lead the Yoruba community in Kano state.

In his appreciation, Hon. Ige thanked the entire Yoruba community in Kano state for the award during his remarks.

He promised that the Oyo State government, led by Governor Seyi Makinde and Bayo Lawal, which has made significant and tremendous contributions to the state’s growth, will not let anyone down.

“I am dedicating this award to Nigeria’s best governor. The Starboy of the south west. He continued, “I dedicate the honor to Governor Makinde and the good citizens of Oyo state.

Others are friend of the government and oil magnate, Kike Fagbemi and Oloye Ramon Alawode, Chairman Yoruba council of youths worldwide (YCYW).