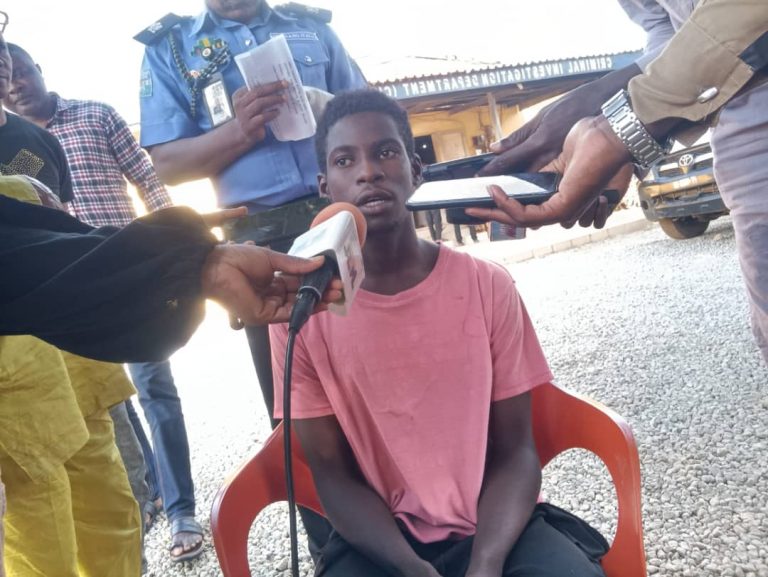 In a press briefing today, by the PPRO of Ilorin Police Headquarters, DCP Ajayi Okasanmi, narrated to the press members about a case of a missing person reported on the 5th of August, 2022.

The case was filed by one Aishat Ibrahim, the daughter of the victim, Mr. Ibrahim, a 90-year-old retired army corporal who retired in the 1990s.

The report described his disappearance as highly skeptical which makes the police command to take it upon themselves to look deep into the case.After vigorous investigation, the results took them to Kaduna and led to the arrest of one of the missing person’s sons, Ibrahim Hassan.  After intense interrogation confessed the killing of his father.“I injected him, strangled him then bury him in a shallow grave at Okolowo road because of his ATM card and the money in his account”, He confessed and also expressed to the press.

The PPRO added that he killed his father due to his pension and some other fees from the government which known to the boy. The incident happened the day he took his father with him to the bank to replace his expired ATM Card, on their way back home, his father complained of body weakness and he went to buy drugs for his father, got him two paracetamol injections, and injected his father himself which led to other occurrences that led to his father deaths.

The motorcycle he had used to take his father to the bank, belongs to another person, but immediately after the incident, he traveled with it and sold it then never return until he was apprehended by the police at Kaduna through their investigation and was interrogated that made him confess to all his deeds and also took them to the site he had buried his father, the father was exhumed and buried properly.

While the PPRO was addressing the press further, he mentioned that the suspect has an identical twin brother who had previously run away from home because of the frequent mistake of arrest, and acquisitions always on him for his brother’s offence.

“This is the first time of my killing and I’ve been involved in petty stealing, I once stole a clothe and my brother was punished for it because he wore it on that day”.

“I regretted my actions and I’m aware my life is finished. I’ve suffered so much, and I know if I’m alive, my children will do the same to me”, the suspect confessed to the press