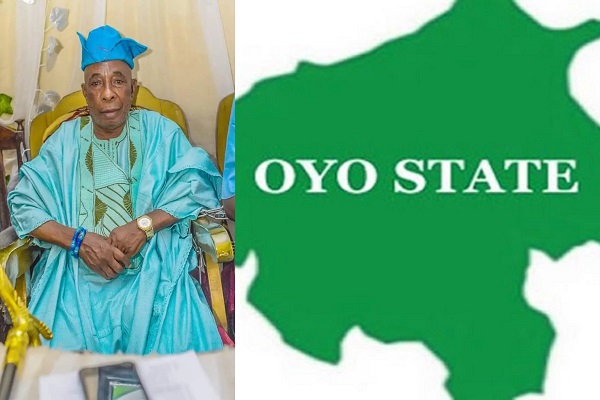 One of the Oyo Traditional Council (Oyomesi) members, the Alapinni of Oyoland, High Chief Alh Abdul-Rasheed Shehu, is dead

It was gathered that he died early Sunday after a long battle with an undisclosed sickness.

Sources said the deceased will be buried according to Islamic rites on Sunday afternoon within the family compound.

One of his daughters, Badira, was married to the late Oba Lamidi Adeyemi.

The Oyo East local government confirmed the passage of the kingmaker.

“With a heavy heart, and submission to the will of Allah, the Management of Oyo East L.G regrets to announce the passing of the High Chief, the Alapinni of Oyo Land, Alh Abdul-Rasheed Shehu early this morning Sunday 18th Sept. 2022.

“Burial arrangement will come up at his residence today at 4:00PM. May Almighty Allah repose his soul in aljanna fridau”

The Alapinni has been absent at the ongoing screening and interview of the aspirants to the stool of Alaafin of Oyo.

His absence has generated concerns, which some misinterpreted as displeasure and disagreement with other members of the Oyomesi on the ongoing processes.

The Nation reports the Regeant and Bashorun of Oyo, High Chief Yussuf Layinka explained that the absence of the Alapinni from the ongoing processes was due to ill-health, warning people to desist from spreading falsehood and lies.

He had added due to the key role of the Alapinni in the Oyo Traditional Council, the Oyomesi had agreed that a representative from the family be allowed to be part of the processes.