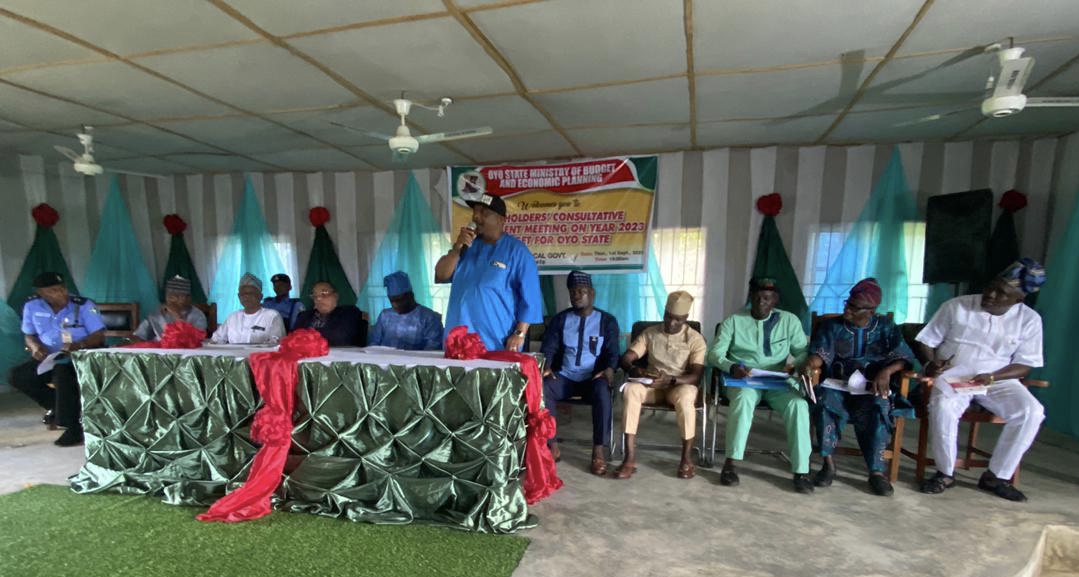 The people of Ibarapa zone of Oyo State has pledged their 100% support for the re-election for second term of Governor Seyi Makinde come 2023.

The people from the zone stated this on Thursday, at the  Stakeholders’s Consultative Engagement Meeting on Year 2023 Budget preparation held at Ayete Ibarapa zone.

Speaking at the meeting, the Deputy Chief of Staff to Governor, ,Hon.Ademola, appreciated the present administration under the leadership of Governor Seyi Makinde for the achievements already recorded in Ibarapa Zone and promised that more will come to the zone to make it overtake other zones in the records of achievements.

Speaking on behalf of the Royal Fathers from Ibarapa zone, the Olu of Igboora, HRM Oba Jimoh Titiloye appreciated the efforts of Governor Seyi Makinde in Ibarapa zone, charging  him to further consolidate on his achievements in the zone.

He appealed to the government,to construct  Odo-Ogun bridge, Eruwa Waterworks so that more water will be made available to the zone.

He equally requested for the provision of electricity, renovation of more primary health care centres to the zone.

In his remarks, the Honourable Commissioner for Budget and Economic Planning, Professor Musibau Babatunde assured the people of Ibarapa zone that all their requests will be adequately represented in the year 2023 budget.

He added that the Governor highly appreciates the massive support from the zone and as a matter of fact, Ibarapa zone is the second home of the Governor.