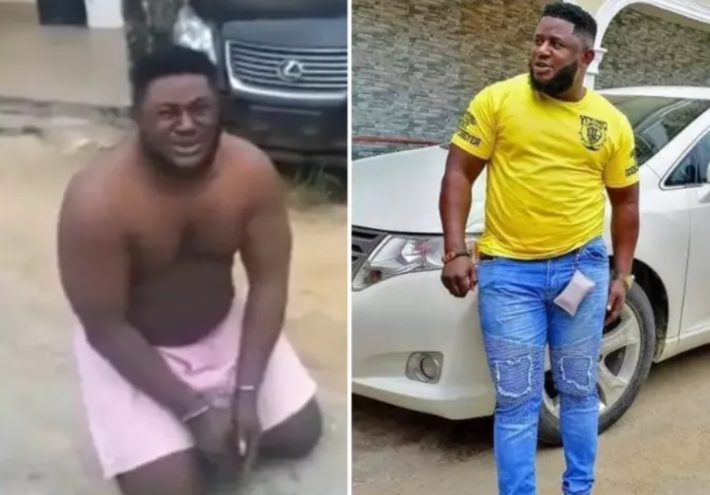 The University of Calabar (UNICAL) says John Lyon, an alleged kidnapper, is not a graduate of the institution.

NAN reports that Gabriel Egbe, the institution’s registrar, disowned Lyon in a statement on Wednesday.

He said the university stumbled on media reports that suggested the suspect graduated from UNICAL.

The registrar described the claims as fallacious.

“The said John Ewa was never a student of the university, neither did he graduate from the institution,” Egbe said.

“We urge members of the public to discountenance any information linking John Ewa to our prestigious university.”

Lyon was arrested in Abuja by the Bayelsa police command in connection with kidnapping activities.

He was subsequently paraded before the media.Until his arrest, the socialite was popular for flaunting luxurious items and posting motivational quotes about success.

A video showing the alleged kidnapper being handcuffed surfaced on social media over the weekend.

In the less than two-minute video, Lyon confessed to kidnapping, adding that he only joined the syndicate to carry out two operations.

He was also seen begging for forgiveness over his alleged crime, saying his wife had just delivered a baby.According to his Facebook profile, Lyon worked for a bank from 2008 to 2014.

He also identified himself as the chief executive officer of Lions Interior Hub.On numerous Facebook posts, Lyon identified as a member of the ruling All Progressives Congress (APC).