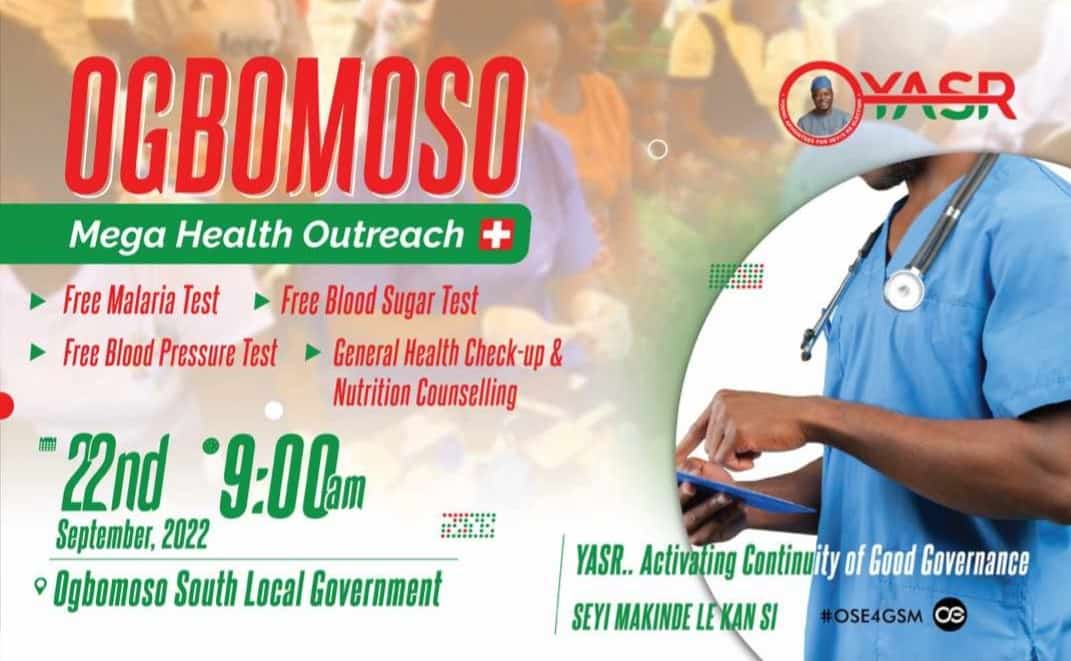 The event, which is slated to hold Thursday 22nd, would afford residents the opportunity to partake in free Malaria test, free blood sugar test, free blood pressure test, general check-up, amongst others.

According to the group, the decision to hold the exercise is borne out of resolution to always complement Governor Makinde’s genuine efforts at bringing good and effective governance to the doorstep of the good people of Oyo state.

Part of the importance of the outreach is to also sensitise the communities about their health status, help them prevent poor health habits and bring health support services to their doorstep.

Bearing in mind that health is one of the major pillars, which the current administration is rested upon, the team is pushed to organised the all-important programme for the benefit of the residents.

However, trained and reputable medical personnel would be available to conduct the tests during the event.

A similar free medical outreach was embarked upon last month at the popular Oje market in Ibadan North East local government area of Ibadan, and witnessed a large turn out of over 500 participants.

YASR, which is composed of young political appointees serving under the current administration, however, urges the entire residents of the said local government to maximize the great opportunity to participate in the programme.