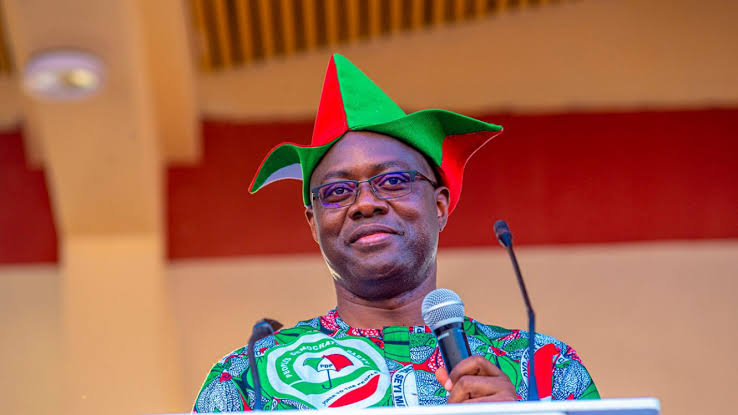 The congratulatory message came on the heels of Thursday appointment after Governor Seyi Makinde was named the new chairman of the PDP Governor’s Forum on Thursday.

Seyi Makinde was appointed after Governor Aminu Tambuwal of Sokoto quit as Chairman of the Peoples Democratic Party (PDP) Governors’ Forum following the resignation of Senator Walid Jibrin as the party Chairman Board of Trustee (BoT).

Salihu, who is the Director of research and commercialization at Ibrahim Badamosi Babangida,Lapai expressed confidence in Gov. seyi makinde to deliver on the mandate and called on members of the party and others PDP Governor’s to rally around him to succeed.

He wished the governor well in his new position and referred to Makinde as a great figure who should be honored.