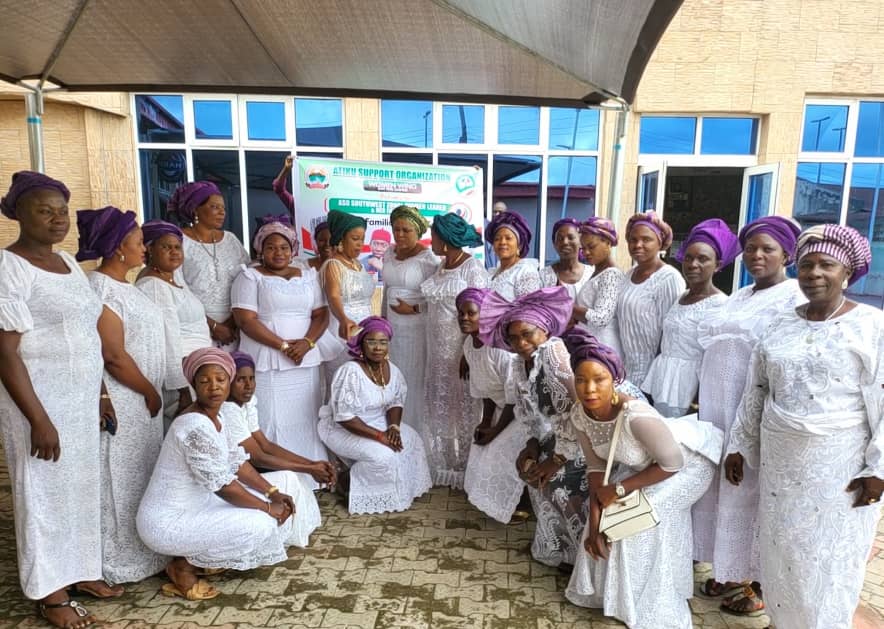 Yeye Adenike Remi-Olarinde, a Frontier Atiku Ambassadors in the Southwest, was warmly welcomed by Ekiti women with cultural renditions and pleasant dancing steps On the 4th edition of ongoing familirazation tour.

Her visitation to ASO Ekiti women was said to be the first in showcasing Atiku 2023 Project for a better Nigeria since the commencement of his 2023 Presidential activities by the Support Groups..

The occasion was graced by the presence of the PDP State Public Relations Officer; Mr. Gbolahan Oluwasola and Barrister A. J. Oguntuase (Esq) among others.

Remi-Olarinde was also warmly welcomed by the representative of one of the foremost Leader in the State, Senator Abiodun Olujimi, who was ably represented by Hon. Olamide Adesina who is in-charge of the Senator political activities at the Ekiti South Senatorial District as well as the Ekiti State PDP.

She eulogised the State Chairman for honouring the invite and extended her heartfelt appreciation to Sen. Olujimi for her motherly support to Ekiti women and by extension, Southwest.

On his part, Hon. Omolase, the Acting  Chairman, who in his welcome address appreciates the Southwest ASO Zonal Women leader for her goodwill and resilence, dedication towards the awakening call on Southwest Women, which led to her visitation to ASO, Ekiti Women wing. He pledged full support to ASO Women wing.

Also, She urged the women to be proud of His Excellency, Atiku Abubakar’s vision to unify Nigeria with his wisdom, hardwork, resilience, competence and prowess to help Nigeria heal from the epidermic that befell her.

Speaking, the Ekiti State ASO Coordinator; Hon. Oluwatomiwa Helen David in her vote of thanks commended the ASO Southwest Zonal women leader and her entourage for taking Atiku campaign to Ekiti women.

She noted that Yeye Olarinde can be categorized as a leader by example, and was first of its kind in this dispensation.