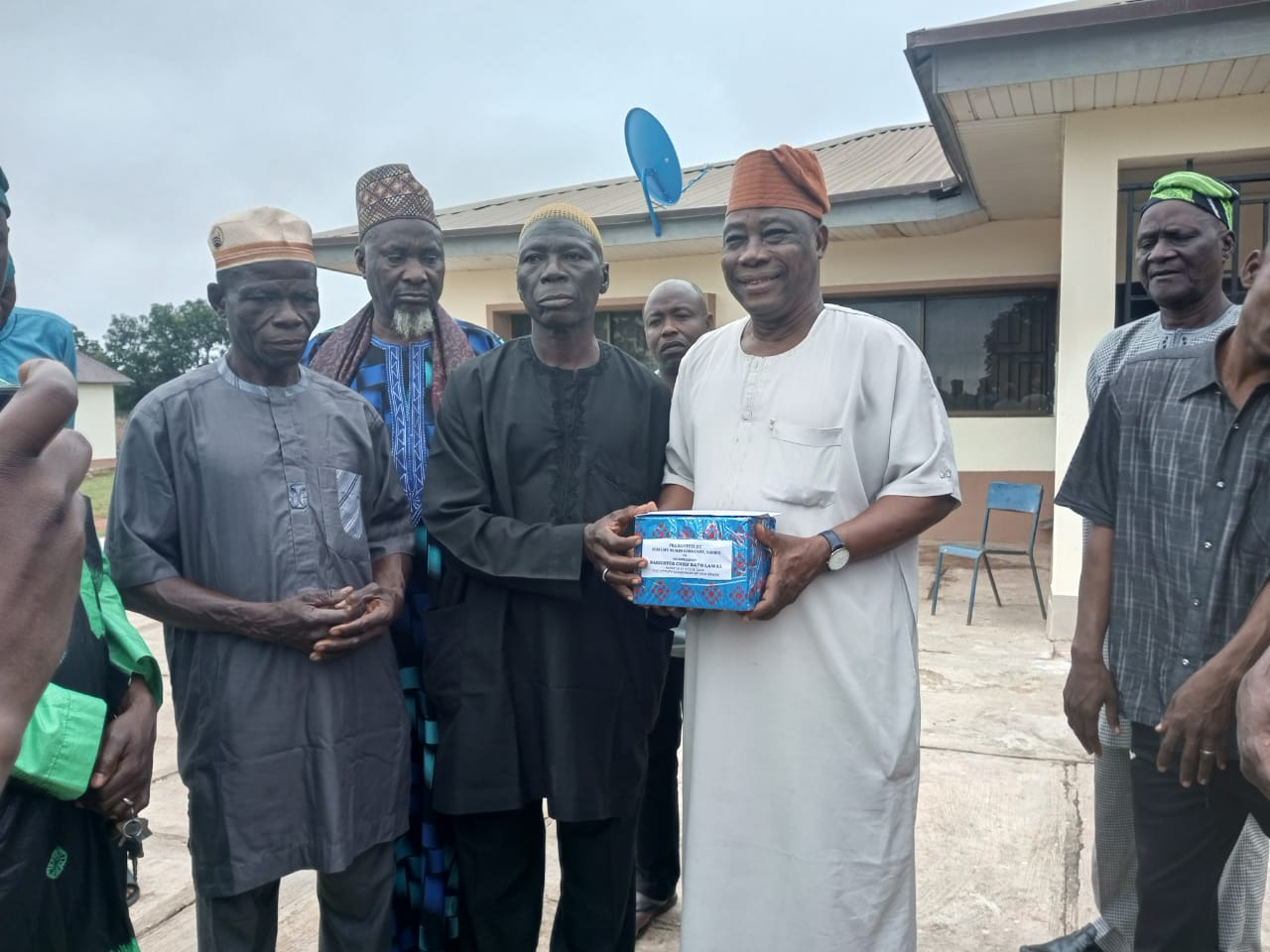 The Muslim community of Oorelope Local Government has paid a solidarity visit to Barrister Bayo Lawal, the deputy governor of Oyo State, in his hometown of Kishi as a show of support.

The representatives made the visit on Friday and presented him Al-Quran in order to recognize his faith as a Muslim and to support him in the forthcoming general elections.

It was discovered that the deputy governor, Bayo Lawal, is receiving strong support from Oorelope Local Government, the town of Igboho, where the former deputy governor, Rauf Olaniyan, was born and who was impeached as a result of the accusations made against him.

Lawal, who is known for his extreme humility, has been receiving visitors from Oke-ogun zone since his arrival to the ancient city of Kishi.

Recall that MOUTHPIECE NGR had earlier reported that, Barrister Bayo Lawal, visited his hometown for the first time since his appointment as Deputy Governor.

The community representatives promised to reward Seyi Makinde with a sizable number of votes in appreciation for his leadership in developing Oke Ogun in such a significant way.

In his reaction, Bayo Lawal expressed his gratitude to the Muslim community for the visitation and promised to keep protecting the interest of Muslims.