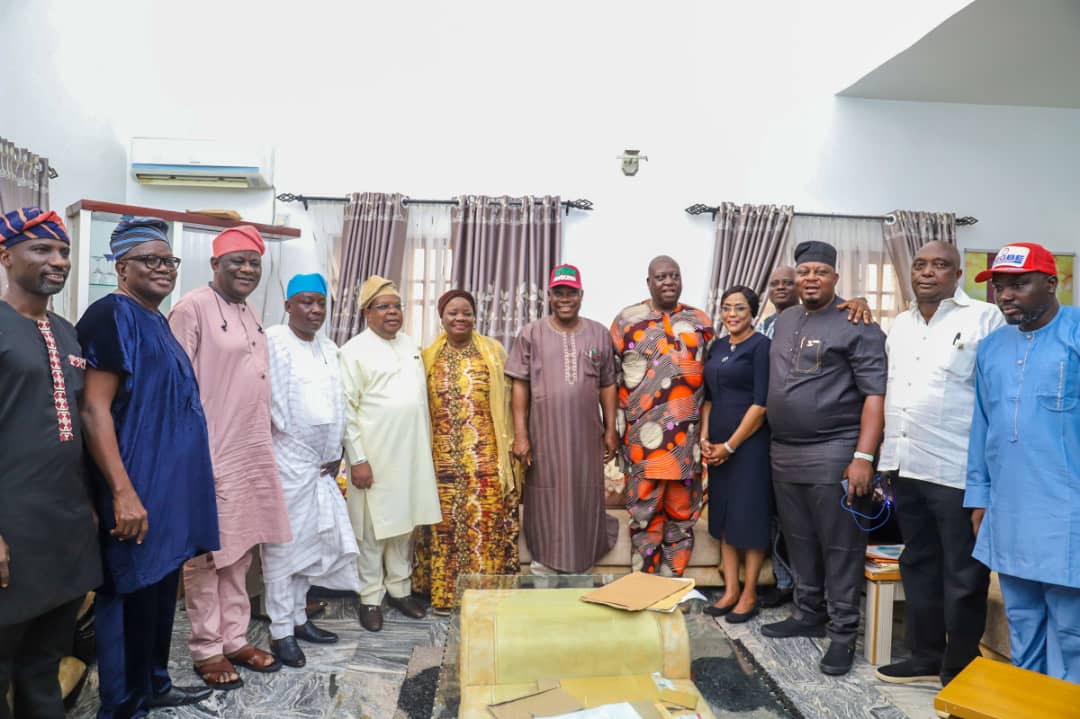 The deputy governor of Oyo state, Barrister Adebayo Abdul-raheem Lawal, has received praise for his excellent performance, high level of integrity, humility, and loyalty from Hon. Joseph Tegbe, a leading candidate for the Oyo South Senatorial District, saying that his story in the state is an inspiration to all PDP members.

Tegbe, who stated this on Thursday when he paid a courtesy call to the acting governor and his wife, Mrs Ajibola Lawal at their Bashorun home, Ibadan, said he was grateful for his life because his elevation to the position of deputy governor came with all sort of intrigues about his religious identity.

He wondered why people would come up with various ruses to discredit a qualified candidate with respectable credentials, pointing out that cunning individuals also spread false information about his ethnicity, even going so far to use Photoshop to alter his head to resemble that of an Igbo man.

Tegbe personally congratulated Governor Seyi Makinde for delegating authority to Bayo Lawal, saying that Makinde’s confidence in his deputy had led to the decision.

He said: “If you have a good leader, it is simple to determine whom to trust, he asserted. Makinde has given you his faith after carefully examining you.”

“In everything we do, humility matters a lot especially when you are second or third position to anyone in a political office. You must humble yourself.”

“In politics, loyalty and trust are very important. You just have to trust your principal, and I can say that you are such an embodiment of trust.”

“Our party has been greatly impacted by your appointment. Our party is being driven by it to the point where aggrieved members and others are prepared to vote for PDP candidates.”

While expressing his appreciation, the deputy governor, Bayo Lawal described senator Tegbe as a nice man and with a large heart who understand what the society need.

“He was a powerful figure in the APC, but due to injustice, he chose to leave the party and run in the PDP senatorial primary. As a result of his constant contributions to the PDP and to the state, he has been treated like a huge fish in the ocean ever since he joined.

“In Oyo state, Joseph Tegbe’s name has become well-known, according to Lawal, who also said that everyone is familiar with his professional history.”

Joseph Tegbe’s name has become a brand in Oyo State, according to Lawal, who also said that everyone is familiar with his professional history.

“He is a consultant with extensive knowledge of the society. Therefore, it speaks volumes if we have someone like him in our party.”

Lawal thanked him once more for the courtesy call and emphasized the importance of the visit in demonstrating to everyone that PDP members are a single, cohesive family.