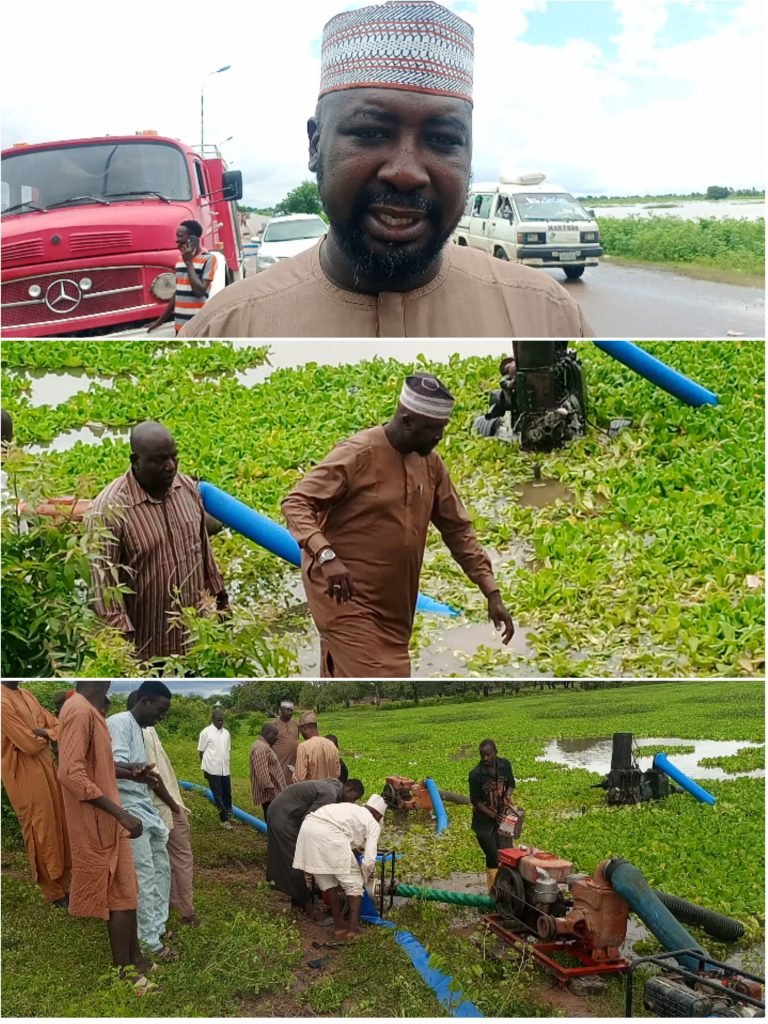 Residents of Ringim town in Ringim Local Government Area of Jigawa State have cried out that the persistent flooding that wreaked havoc in the community is threatening to occupy the emir’s palace.

A resident told newsmen that the incident happened due to torrential rain that lasted for days.

He said the rain resulted in the overflow of a stream, Rafin-Kainuwa, which is less than 300 meters drive to the emir’s palace in the Ringim metropolis.

Report has it that the Emir of Ringim, Dr. Abu Bakar Sayyadi Mahmoud had on several occasions appealed to the state and federal governments to come to the rescue of the people of the area.

He said the local government council had provided six powerful water pump machines to transfer the water outside the residential area.

“Since the beginning of August we have deployed six powerful water pumping machines to evacuate the water from the residential area but due to continuous rain most of the residents were displaced,” he said.

Udi also warned residents against blockage of culverts which interrupts the easy flow of the water.

He noted that the local government will take serious action against anybody found blocking the culvert.

The Chairman however urged state and federal governments to come to the aid of the people of the area.