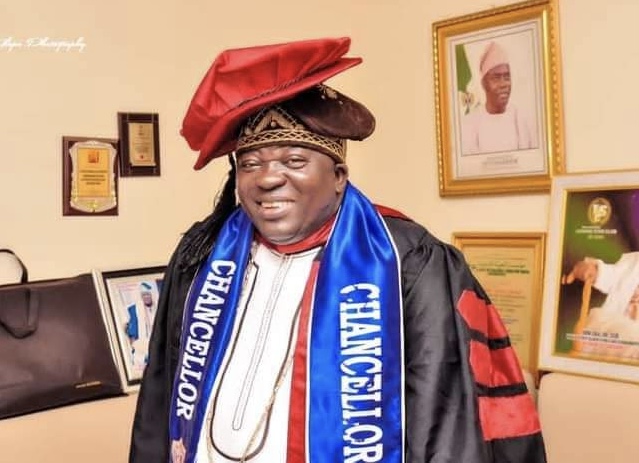 In a statement he personally signed in Saki, Adamawa described the award as a confirmation that Oba Khalid Olabisi Oyeniyi Oyedepo III is not only worthy, but also qualifies to lead such citadel of learning.

He said that Okere is a development enthusiast who will oversee several development initiatives in the education sector and other areas.

In his words: “I want to specially congratulate our royal father on his well-deserved appointment as the Chancellor of Inter-Border Land Top University (IBLT), Togo.”

“The appointment is apparently an evident to his intellectual capacity and intuitiveness to effectively contribute towards educational development.”

“Ever since he ascends the position of his ancestors in Saki, Okere has demonstrated capacity and adhered to the philosophy of education as cornerstone of progress in any society.”

“Having being considered worthy of a honourary doctorate degree coupled with a befitting Chancellorship appointment, it’s my hope that the University would experience unprecedented developments during his tenure.”- He submitted.