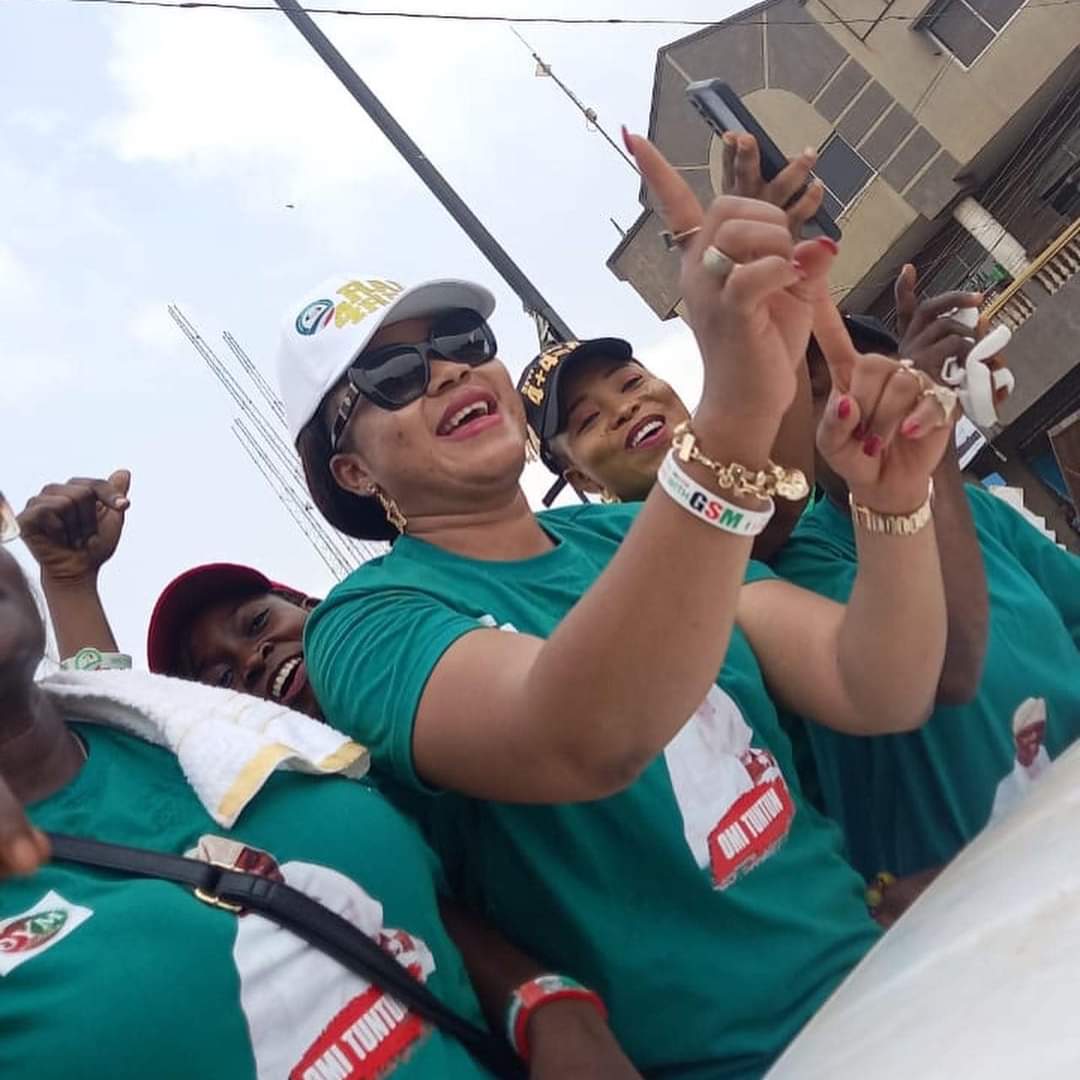 A chieftain of Peoples Democratic Party, Hon. Ramata Agberemi Dabo, popularly known as RAD has empowered some members of her party with 100k each and deep freezer.

Dabo, who lost out from the party’s primary in the just concluded Lagelu/Akinyele Federal Constituency Election, pledged her continued allegiance to the party with a big surprise gifts to her followers.

Hon. Adetokunbo Adeaga, who had been her closest friend and contestant, eventually won the election and will represent the PDP as its candidate and flagbearer in the 2023 general elections.

Let’s get it cracking. Most Distinguished Hon. Ramata’s team ran into one of the renounced investigator in Ibadan Oyo State Nigeria at a spot with an item, Big Chest Freezer. The team explained after an engaging session that, it’s one of the surprise gifts for some of her loyal followers and those who believes in her aspiration during the primaries.

From her statement: They were not just any people, but loyal, hardworking. They didn’t have anything, but the little they had, gave me their most expensive time, made posters, T. Shirts and many more, they were just there for me no matter how little.

Moreso, they were working night and day, transportation from one place to another without me giving them any Kobo. Look Ijoba, these are the kind of people we need, well committed, kind heart souls that really wanted change for a better future ahead.

Among the beneficiaries from Lagelu/Akinyele Federal Constituency of Hon. Ramata were different business owners in their locations. They were not informed of any gift to be given to them, item was delivered, presented a brand new Big Chest Freezer as well for those to receive cash gifts respectively.

The Team Rad in a surprising moving train, contacted them to know their respective locations and presented them each the sum of N100,000. Sincerely speaking, they were taken aback because it wasn’t expected and they appreciated the most expensive kind gesture of Hon. Ramata Agberemi at this economic downtime in Nigeria.

Speaking to the newsman by one of the beneficiaries, “I only did what I did (vote) to established conscience, trust, loyalty and responsible Leadership exhibited by Ramata and we are so proud of her in this Constituency that such an aspirant like her is rare despite the outcome of the election”

Hon. Ramata Agberemi responding to the reasons behind her action. Let me be sincere with you Ijoba Authority Moe, it wasn’t easy doing this for them, but it’s something I have concluded in my mind to do irrespective of any circumstances beyond me. I am Celebrating their loyalty so that others can be taught to have a good heart and become the change agent for good Governance Good Politics and Policies that brings Democracy to the Grassroots she said.

Meanwhile, You don’t have to sell your votes, loyalty for peanuts. If you worked hard, dedicated, committed, focused, it will definitely pay as well using the Celebration to challenge and teach others not to sell their constitutional rights but to remain loyal 💯 at all times.

While still having interview with the newsman, she declares that “we gain more being loyal, patient and hardworking  and I just deem it fit to put smile on the faces of those individuals, party faithfuls, leaders, stakeholders as well extends to the larger house in a grand style some weeks to come.”

She equally used the opportunity to charge and challenge young folks to desist from having a mentality of ‘No Money, No Vote’ instead be strong, defending your conscience and making sure their loyalty wasn’t taken away.

Hon. RAD further admonished the entire good people of Oyo state to stay committed, connected, responsible and focused towards ensuring all our Candidates from bottom to top wins at the polls and encouraged them to rally their best hands of support, dedication to the coming back of His Excellency, The Executive Governor of Oyo State, Engr SEYI MAKINDE FNSE, Fogbontolu Oyo, Mayegun of Shasha, JAGUNMOLU of Ibadan Land come 2023 till 2027.

Once again, RAD had made very great impact, as a Warlord, exhibited historical character, brave and with non negotiable, incomparing attitudes for her people.

In conclusion, on behalf of myself, CEO Blue Angels Foundation, family, Team RAD, I sincerely appreciate The Governor, Engr. Seyi Makinde for the rare and fair chance given to women to have equal right in displaying their capacity especially myself and other fellow colleagues.

This is just a Clarion call to inspire, awaken the champion inside us that indeed, we can in as much we know. Women in our community who stands out, risked their lives despite the glass ceiling, labelling, Stigma. But we are still standing and paving the way for others mostly the women and youths she said.

It’s now RAD for Seyi Makinde Again agenda and we will make it work, paying the price for it and come to reality. Ise Se Se Bere Ni.