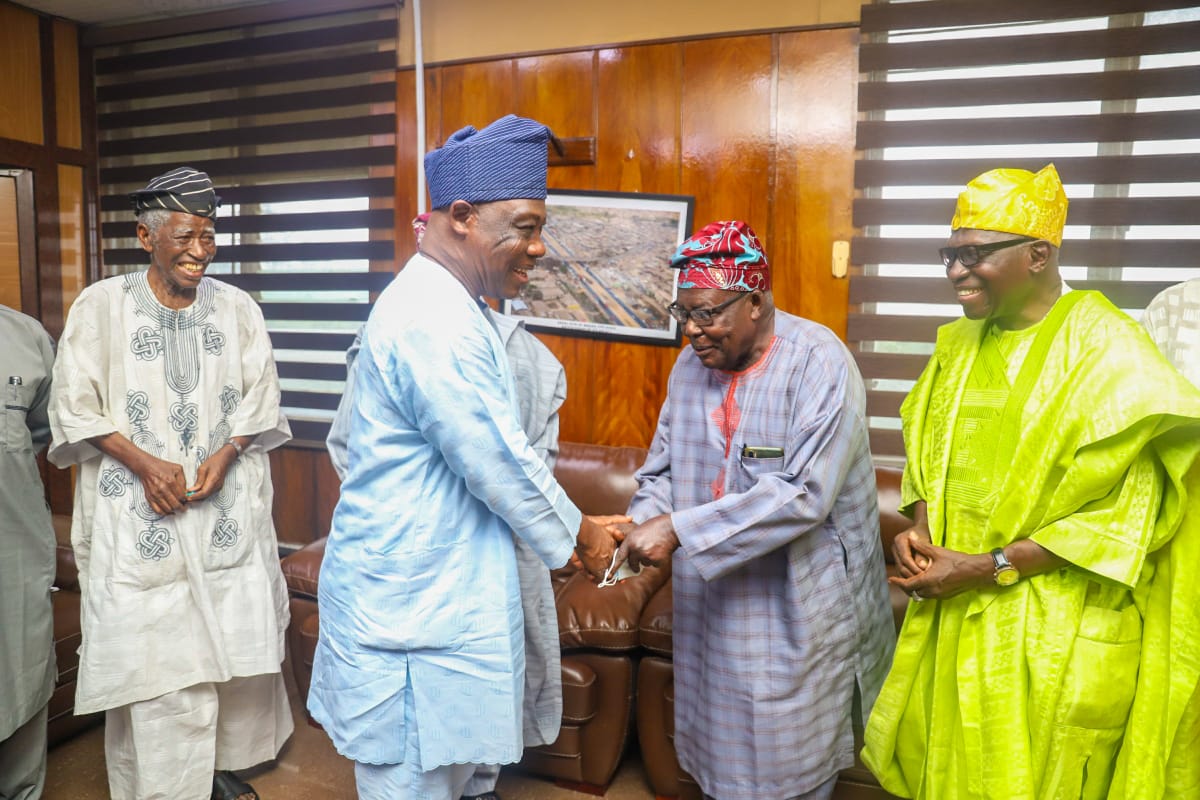 These words of appraisal were credited to the representatives of the group during their visit and in a congratulatory letter to the deputy governor, Barr Adebayo Abdul raheem Lawal on Friday.

“We congratulate on your new appointment as the deputy governor and equally commend you for being a good ambassador of Oke Ogun zone.

“Some of us have known you in government for quite long time ago and you’ve been doing a wonderful job.

One of the representative noted how he came in contact with the deputy governor during Lam Adeshina’s administration when some workers were about to be sacked, adding that his intervention prevented the sad occurrence.

He further said: “Your humility and loyalty has made your principal to have delegated power to you as an acting governor in his absence which has never happened before in the history of Oyo State.

“Today is not a day to make requests but rather to commend you on the transformation of Oyo Housing Corporation which everyone can now see your impactful contributions.

“We appeal to you that Housing Corporation Estate needs wisdom and political will from you. We pray that God will continue to support you.

The deputy governor, Bayo Lawal, complimented the group and said, “As a club, there is strength with you,” adding, “I appreciate your coming over to pay a courtesy visit to me.

“I feel highly humbled by your coming. I pray that God will give sound health and wisdom to everyone of us.”

“In Yoruba circle, we need development and we must not relent. We must commend and show our happiness to you for giving us full support.”

“I’m appealing to you to keep supporting Makinde-led administration. I know for a fact that if Yoruba Council of Elders pay a courtesy call, I know it goes a long way.”- He added.