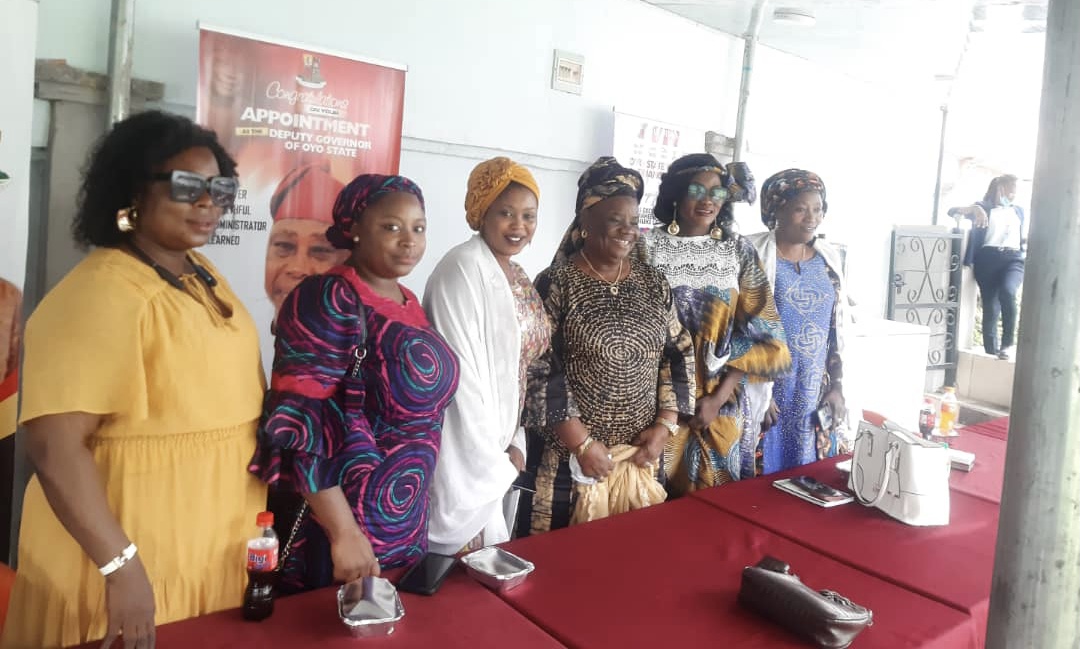 Mrs. Ajibola Lawal, the wife of the acting governor of Oyo State, has asked the wives of the Local Government Chairmen in Oyo State to work together for the re-election of Governor Seyi Makinde ahead of the 2023 general elections.

She made the remarks on Monday when the excos paid her a courtesy visit at her Bashorun house in Ibadan to congratulate her on her husband’s appointment as acting governor of Oyo state.

The Yeye Bamofin of Kishi Land, who appreciated the excos for their visit said that their show of responsibilities will contribute to the PDP’s resounding victory in the 2023 general elections.

“For me, this visit is august and timely to have a in-dept discuss on matters of public importance as related to women and children in Oyo State.”

“Nothing is as important to us as team of women than to work collectively towards achieving landslide victory come 2023.

The delegates, who were ably led by Mrs. Sanda of the Egbeda Local Government, stated in their statements that the purpose of their visit was to get to know Her Excellency and that they hoped their presence would usher in significant improvements.

“We came to officially congratulate you and His Excellency on such an outstanding accomplishment as the new deputy governor of Oyo State.

“As group of women at the grassroot level, we are poised with responsibility to build a formidable team across the 33 local governments to bring about desirable results in the next general election.

“In lieu of the above, we are seeking your unwavering corporation for the task ahead.