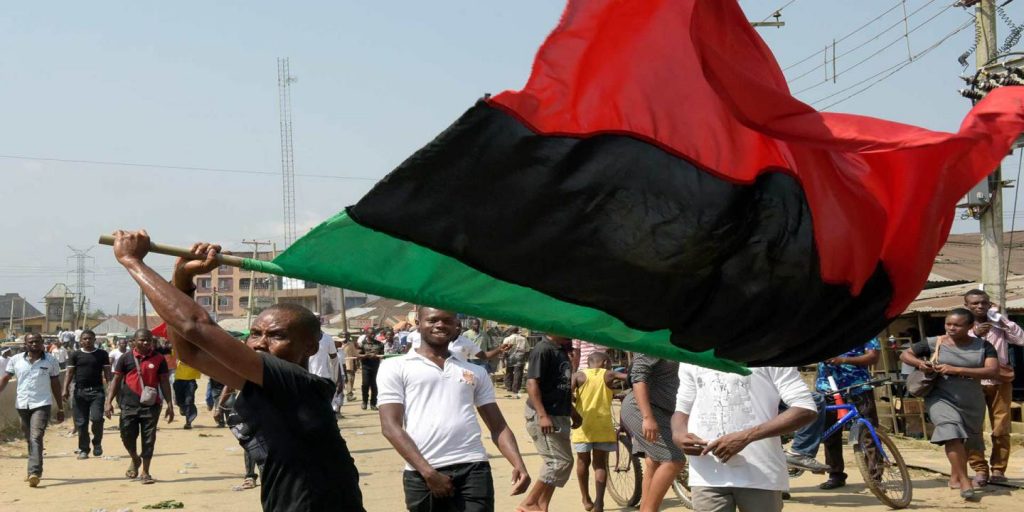 Five suspected members of the Indigenous People of Biafra (IPOB) and its armed affiliate, the Eastern Security Network (ESN) were shot dead when police operatives raided their camp at Izombe in Oguta Local Government Area of Imo State.

Three police officers were wounded in the gun duel that lasted several hours.

When the hoodlums realised that they had suffered a heavy defeat, they went for a reprisal attack in the villages, burning houses belonging to both serving and retired police officers and other security agencies.

The incident happened on Thursday at about 4.30pm.

The Commissioner of Police Mohammed Barde, who confirmed the incident disclosed that houses belonging to persons the hoodlums suspected to be informants to security agencies were equally burnt down.

He said that during the fierce gun battle, the hoodlums suffered a huge casualty which resulted in them retreating, escaping into the bush with various degrees of bullet wounds.

The operatives after dislodging the hoodlums moved in and conducted a thorough search of the camp where the following items were recovered: three English made Pump Action Guns, 118 GPMG ammunitions, 41 AK 47 live ammunition, 19 G3 ammunitions, one cut to size locally made double barrel, one locally made double barrel, Four locally made pistols, Four locally made explosive devices, military uniforms, police uniforms, Biafra flags, four ESN caps, one pair of Police boot, various types of hard drugs, some police accoutrements, four live tortoise, large quantities of weeds suspected to be Indian hemp, and pieces of red cloths were recovered to the station.”

According to him while leaving the hoodlums’ den, some of them ambushed the operatives and engaged them in another gun duel.

“During the exchange of gun fire, the operatives were able to subdue the hoodlums and in the process five of them were neutralised. Unfortunately, three police operatives sustained non-life threatening injuries and were taken to a government hospital where they were treated.

“The hoodlums realising they have suffered a heavy defeat went for a reprisal attack in the villages, burning houses belonging to both serving and retired police officers and other security agencies.

“Furthermore, houses belonging to persons they suspected are informants to security agencies were equally burnt down.”

He said that the community had been fortified with enough police operatives and other security officers to protect lives and properties while efforts were on top gear to arrest the fleeing suspects.