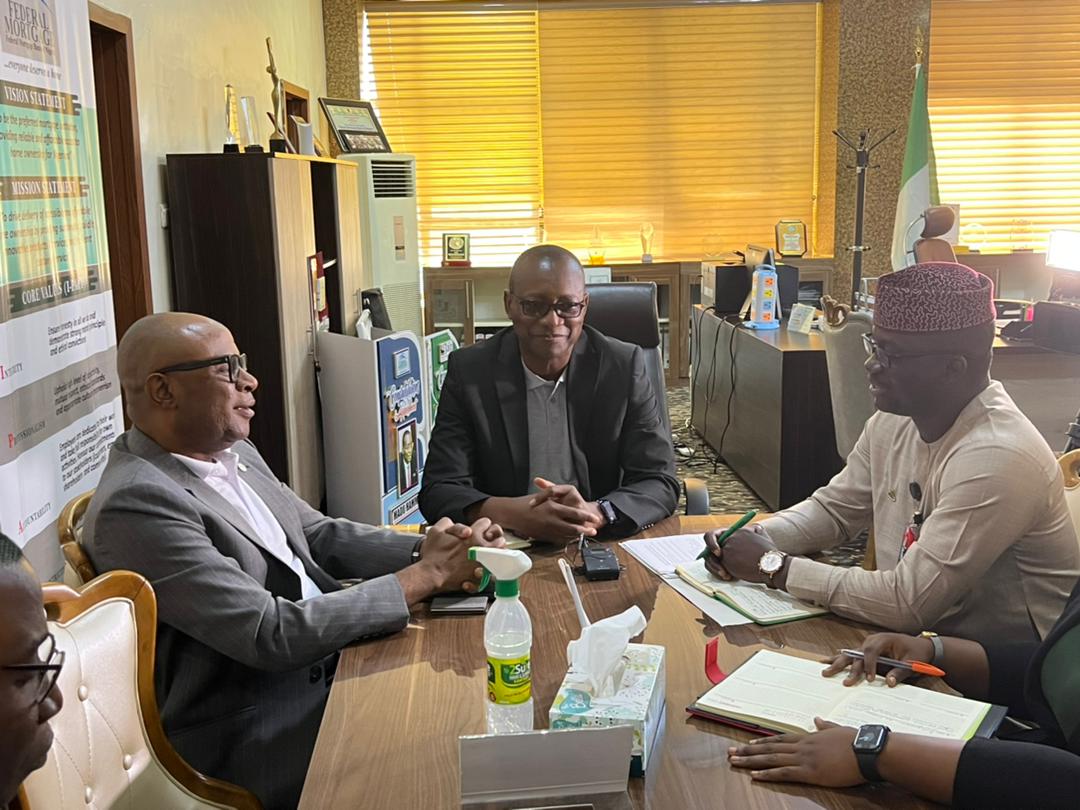 The federal government of Nigeria has approved the construction of 200 Housing units in Oyo state for low and medium cost earners including civil servants in the public sector and workers in the organized private sector.

The Managing Director and Chief Executive, Federal Mortgage Bank of Nigeria (FMBN), Madu Hamman, made this disclosure while playing host to the Director-general, Oyo Liaison Office in Abuja and Lagos, Wale Ajani in Abuja penultimate week.

The Governor’s aide who noted that his visit to the bank was to explore ways of mutual collaboration and benefits stressed the need for Oyo state and the bank to deepen its already existing relationship adding that the government of Oyo state places high priority on provision of housing for low and medium cost earners in the state.

Ajani, while expressing gratitude to the federal government for the approval of the construction of 200 Housing units in Oyo state, listed achievements of the Seyi Makinde led government in the housing sector to include the almost completed Lere Adigun estate at Bashorun, Rashidi Ladoja GRA along Lagos Ibadan Toll Gate, as well as ongoing housing project in Ajia at Ona-Ara, and others spread across Ibadan, the capital city of the state.

The FMBN MD/CE in his brief address commended the Oyo state government representatives led by Wale Ajani for the visit stressing its importance in the long term relationship between the bank and Oyo state. He also expressed his desire to urgently meet with the state Governor, Seyi Makinde, in order to urgently sort out salient issues.

Hamman said the bank was seriously looking for ways to establish contacts and relationship with big stakeholders like Oyo state. He however, noted that since inauguration and assumption of office, only Oyo and Kano states have not performed well in term of contributions to the Federal Mortgage Housing Scheme.

Explaining the mandate of the bank, Hamman said FMBN is saddled with the responsibility to provide funding for housing projects across all sectors of the economy both formal and informal across the Country.

According to Ajani, it was gathered at the meeting that trade unions from oyo state recently met with the bank and received a disbursement totalling about Two Hundred Million Naira (#200, 000 000) for various housing projects.

Ajani, in his final remarks described Oyo state as the cradle of civil service in Nigeria with the highest number of civil servants needing personal homes at affordable costs while assuring the bank’s MD/CE, Hamman of conveying his message to the Governor with a view to urgently facilitating a meeting that birth a more robust engagement.

In a similar development within the same week, Ajani also led a delegation from the Abuja Liaison Office on a courtesy visit to other federal government Ministries, Departments, and Agencies including the National Environmental Standards and Regulatory Agency, the National Centre For Disease Control (NCDC), and the Nigeria Institute of Soil Science, all in Abuja.

The essence of the meeting according to Ajani was to take the relationship between the state and the MDAs to another level where benefits and opportunities coming from the federal government through these MDAs will not elude the state.

Ajani assured that as the leader in the entire south west Nigeria in terms of land mass, arable land for agriculture, human and material resources available to build strong and viable economy, his office will keep what he described as an ‘eagle eye’ on whatever is coming from the federal through the MDAs that will benefit Oyo state and its people.