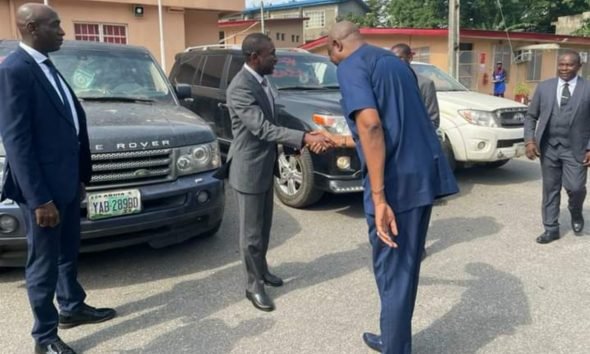 The Zonal Command of the anti-graft agency in Lagos made this disclosure via a statement issued on Thursday.

It stated: “Upon his conviction on July 8, 2022, the trial judge, Justice Oluwatoyin Taiwo of the Special Offences Court sitting in Ikeja, Lagos, had sentenced Abiodun to seven years imprisonment and also ordered him to forfeit all the proceeds of the crime.”

The Lagos Zonal Commander of anti financial crime agency, Ahmed Ghali, while handing over the vehicles on Tuesday at the EFCC’s Lagos Command, described the development as a milestone in the fight against corruption.

He appealed to the people to always provide information to the EFCC to assist it in fighting corruption.

“Finally, justice has been served. Whoever commits a crime will not get away with it. Sooner or later, the arm of the law will always catch up with you. We take pleasure in seeing fraudulent people brought to justice,” Ghali said.