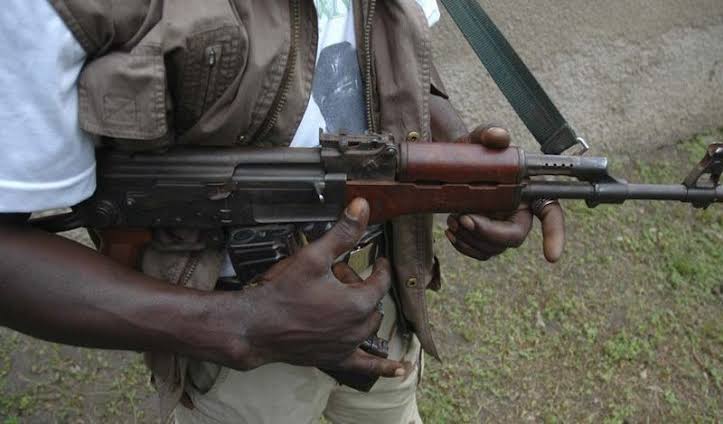 MOUTHPIECE NGR reports that All Progressives Congress (APC) chieftain named Kazeem Kekere was shot and killed by gunmen in Apomu in the Isokan Local Government Area of Osun State (LGA).

According to information, Kazeem, who served as Branch Chairman of the National Union of Road Transport Workers (NURTW) in the Isokan LGA’s Apomu headquarters, was fatally murdered on Saturday evening.

It was learnt that he used his position to solicit votes for the APC during the governor’s race and allegedly denied other political parties access to automobiles in his garage.

According to a source, Kazeem was slain on Saturday night after being followed to a location in the neighborhood.

He stated, “He was killed between the hours of 8 and 9 pm at a nearby stream between Oke-Alfa and Timberland. Two cars followed him to the location. His automobile got stuck and he was killed as a result of the cars tailing him.

Alhaji Kazeem was assassinated by gunmen last night, according to Isokan Local Government Secretary Tajudeen Bello, who confirmed the occurrence.

“He was significantly involved in the 2022 Osun state governor election. He vowed to deal with anyone who voted for the PDP while he was chairman of NURTW and instructed all of his members to vote for the APC.”

“He stood by his statements after being mentioned at the palace.”

“The incident was also confirmed by Prince Gboyega Famodun, the chairman of the APC, through his media assistant Kola Olabisi.”

As of the time this report was filed, the Osun State Police command had not yet responded to the event.