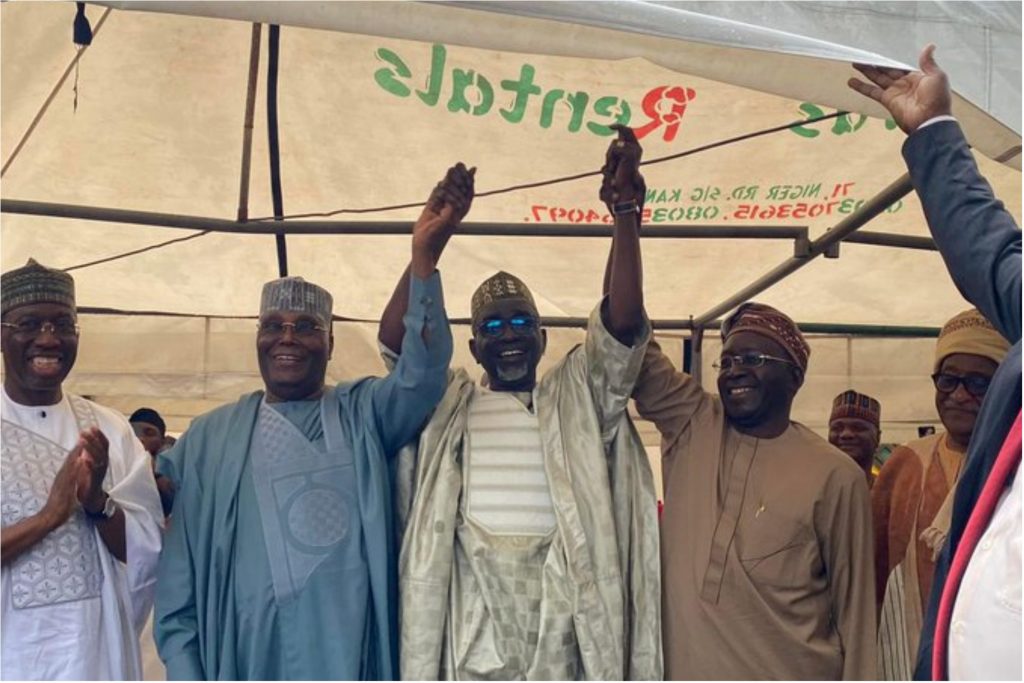 The former Governor has returned to the PDP from the New Nigeria Peoples Party, NNPP, on Monday in Kano State.

The former lawmaker was welcomed by the presidential candidate of the Peoples Democratic Party, PDP, Atiku Abubakar, the party’s National Chairman, Iyorchia Ayu and members of the National Working Committee, NWC.

The former governor has left the NNPP two months after joining from the All Progressives Congress (APC).

MOUTHPIECE NGR observes that Shekarau, the lawmaker representing Kano Central, was a former Nigerian minister of education and two-term Governor of Kano.

He was one of the candidates who contested for presidency in the Nigeria general elections of 2011.