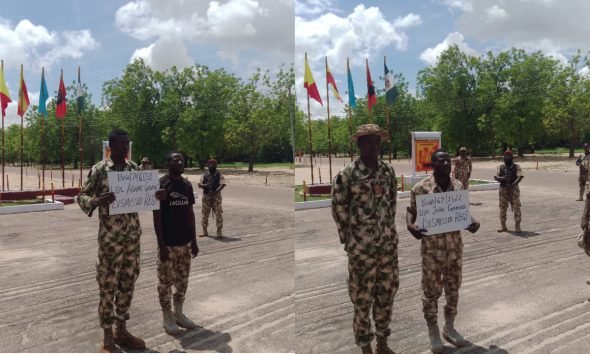 The Nigerian Army has dismissed two of its officers attached to 241 Recce Battalion, Nguru, Yobe State, after ascertaining their guiltiness on two-count charge.

According to the Acting Commanding Officer of the Battalion, Lt. Col. Ibrahim Abdullahi Osabo, the suspects were found guilty on two-count charge; namely: failure to perform military duties; and conduct to prejudice of service discipline.

The suspects had their ranks reduced from lance corporal to private before their complete dismissal.