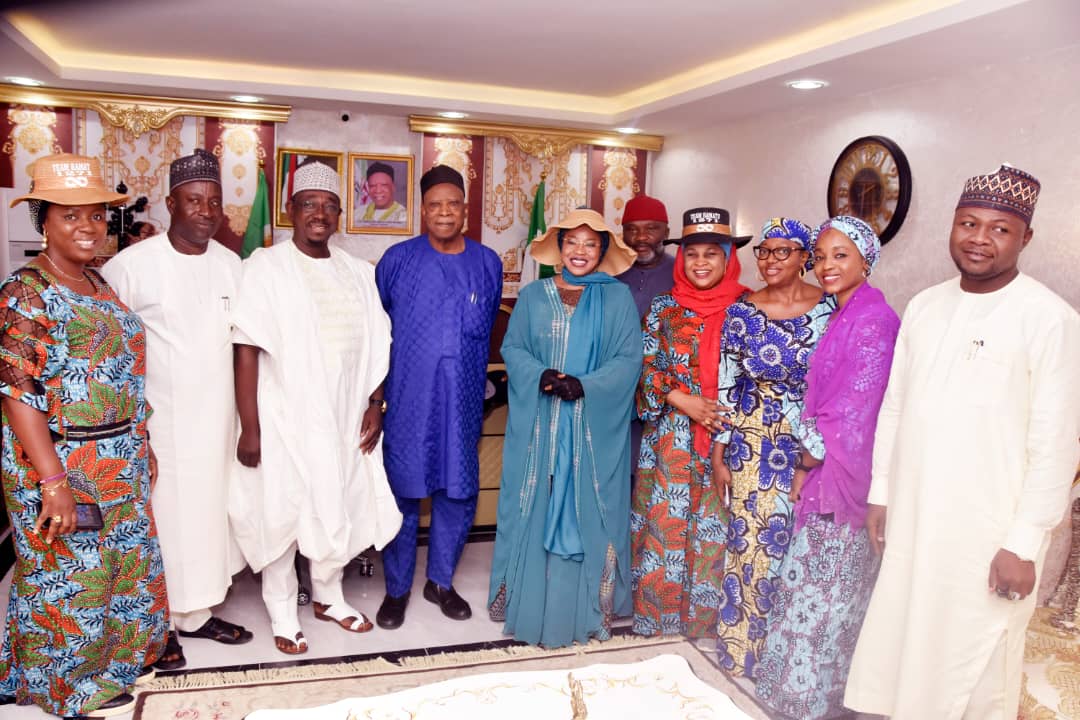 It was a carnival of sorts as women and youths decked in different uniforms thronged the national Secretariat of the governing All Progressives Congress (APC) penultimate Thursday as the North Central Youth Campaign for Tinubu/ Shettima 2023 was birthed.

More interesting was the center of attraction, Dr. Ramatu Tijjani Aliyu, the FCT Minister of State, who had been nominated to head the organization. Her reputation as a notable grassroot mobilizer, a woman leader of repute and a tactical politician had, once again, come to the fore.

The Stage was set as even the rains stood still until her arrival. The festival of sorts was about to start, dancing, singing and drumming filled the air at Blantyre street, venue of the inauguration.

For Dr Aliyu, the visit to the national Secretariat was a home coming, a terrain she had be used to, having served meritoriously as the National Women Leader of the APC at its formation stage.

As soon as her convoy arrived, the whole environment eruption in a rapturous welcome for a woman that had come to epitomize the APC mantra, service to fatherland.

She could hardly come out of her car as supporters, friends, youth groups and well-wishers could not contain their joy at the sight of her. It was, indeed, a wonder to behold.

After familiarization with the National Chairman, Sen. Abdullahi Adamu and other NWC members, the minister made straight for the hall proper for the inauguration ceremony.

There, the minister minced no words in charging the group to positively project programmes and policies of the federal government aimed at improving the lives of the youths.

Aliyu, who commended the APC youths for being part of political processes in Nigeria, also acknowledged that the youth remain the building block of any nation.

She, however, used the occasion to remind the group of the enormous task ahead of the ruling party, the APC, stressing that it remains the collective responsibility of the youths to advertise to Nigerians what the incumbent government has done thus far.

“I make bold to say that the government of President Muhammadu Buhari has provided quite a handful of programmes aimed at improving the lives of the youths, and to shape them towards governance and becoming great leaders.

“However, agents of distractions and social media warlords will stop at nothing to pull down the government.

“I, therefore, urge you all to take advantage of your numerical strength to positively project the various policies and programmes provided by the federal government,” she affirmed.

The minister stated that going forward Nigerians have a lot to accomplish together as it is the intention of the ruling party to leave behind a lasting legacy for Nigerians.

Speaking earlier, the zonal youth leader North Central, Hon. Zubair Aliyu, assured that with the inauguration of the organisation, the group had concluded plans to meet the target of mobilizing 10 million youths of the 24 million registered voters in north central.

He further said; “We are ready to mobilise and deliver overwhelming youth votes to coast APC to victory at all levels in the forthcoming 2023 general elections.

“We are out for serious electoral business aiming to re-write APC political story in Nigeria politics. We are also out and ready to step up the game to ensure all round victory come 2023”.

The highpoint of the event was the inauguration of the North Central Youth Campaign Organization by the APC National Vice Chairman of North Central, Alhj. Maizu Bawa.

There also, heaps of praises were showered at the Minister for the silent but noticeable support she has been giving to the party’s presidential flagbearer, Asiwaju Bola Tinubu and indeed the entire movement.

Dr. Ramatu Tijjani Aliyu restated her commitment towards the success of the Tinubu/Shettima project, promising to come back with the full squad of supporters in the coming days.

Thursday was indeed eventful and memorable even as it showcased the worth and caliber of the amazon, Dr. Ramatu Tijjani Aliyu.