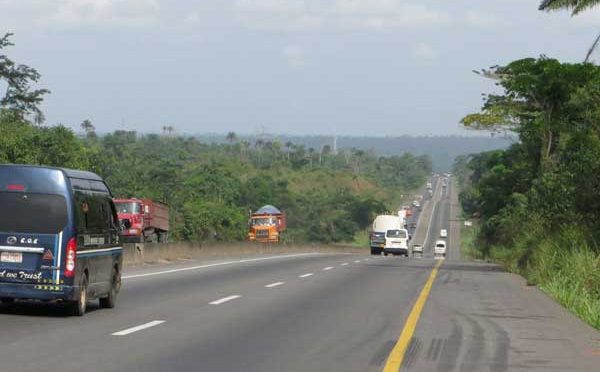 Four persons have lost their lives in a lone accident which involved a Mazda bus along the Lagos-Ibadan expressway.

The fatal accident happened at about 07:50 am around Oniworo, after the Foursquare camp, Ogun State.

The Federal Road Safety Corps (FRSC) identified that 15 men and one woman secured various degrees of injuries, while remaining four persons in the bus were “burnt beyond recognition.”

The spokesperson of the Ogun FRSC, Florence Okpe, has confirmed that the lone accident involved a Mazda bus with registration number APP934XH.

“The suspected cause of the crash was excessive speed which led to loss of control and the Mazda bus rammed into the median strip (road divider) and went into flames,” Okpe explained.

She noted that those who were injured have been hospitalized at Victory Hospital in Ogere.

The Ogun FRSC Sector Commander, Ahmed Umar, has once again sent message of caution to motorists on the violation of speed while advising them to comply with traffic rules and regulations.

Umar has sympathized with the families of the deceased, praying to God to give them the strength to bear the losses.