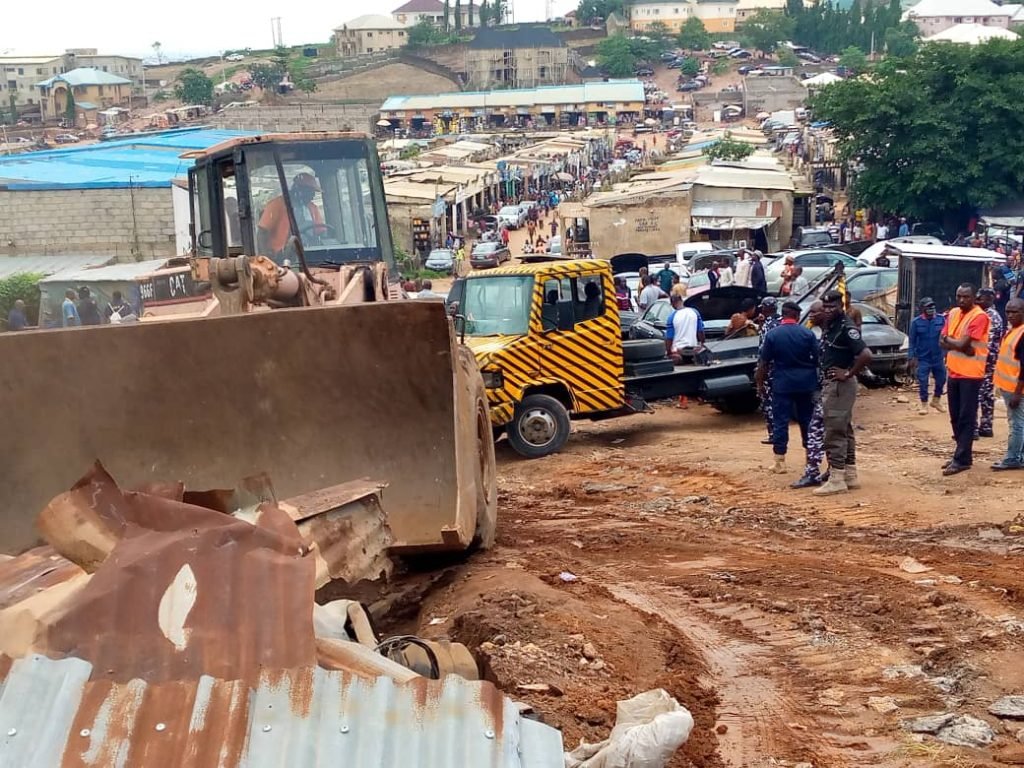 The government revealed that the land had been earmarked for the market of livestock.

The Senior Special Assistant to the FCT Minister on Monitoring, Inspection and Enforcement, Ikharo Attah, led the exercise of demolition.

Attah revealed that it’s been three years that the owners of the workshop were given quit notices.

The government official said those operating the workshops were again given reminders about five months ago.

Attah revealed that complaints were forwarded from the FCT Agriculture and Rural Development Secretariat that some mechanics took over their land.

The situation has triggered the ram sellers to move close to the main road, causing distortion and traffic.

“The demolition was part of efforts to enhance sanity in the city during the forthcoming Eid-el-Kabir celebration”, Attah said.

“With this clean-up, the sellers can now have a good stretch to keep ram, goats, cows and others.”