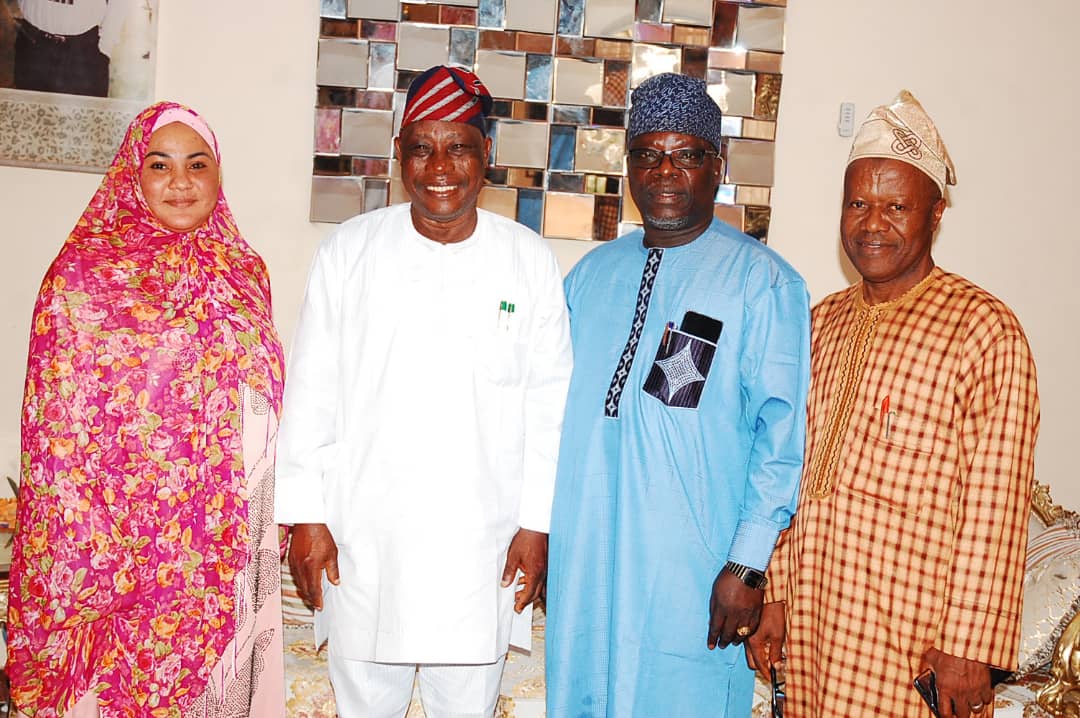 In a courtesy visit on Thursday, Alhaji Akinola noted how he’s been monitoring his giant strides and activities dated back since his appointment as Attorney General of Oyo State during Lam Adesina-led administration.

“You have demonstrated that you’re a good Islamic adherent, we may not have had close relationship but I have been monitoring your activities since your appointment as the Commissioner for Justice and Attorney General of Oyo State in the administration of Alhaji Lam Adesina.

“I am not oblivious of all your track records as former Attorney-General and as the Executive Chairman of Oyo State Housing Corporation. We adherents Islam are aware of the mosque you have expanded and being reconstructed at Housing Corporation. I want to urge you not to ignore the Muslim platform with which you have been nominated as the deputy governorship candidate.”

Aare Musulumi further implored him to continue to promote Islam and welfare of Muslims before, during the campaign and when he eventually wins with Governor Seyi Makinde come 2023.

”You must continue to promote Islam when you get elected with Governor Seyi Makinde in 2023. You must not abandon the welfare of muslims who will rally round you when campaign starts and eventually vote for the joint ticket because you will be their representative and ambassador in the government. I wish you well, your aspiration will come to reality by grace of Almighty Allah.”

While expressing his heartfelt gratitude to Aare of Musulumi of Yorubaland, Edo and Delta States for the warm reception he accorded hima no no entourage despite the short notice, he assured him that he would replicate all the good things he has done for the muslim community throughout Oyo State.

In the entourage include Alhaji Kamorudeen Aderibigbe who is the Chairman of Oyo State Civil Service Commission, among others.