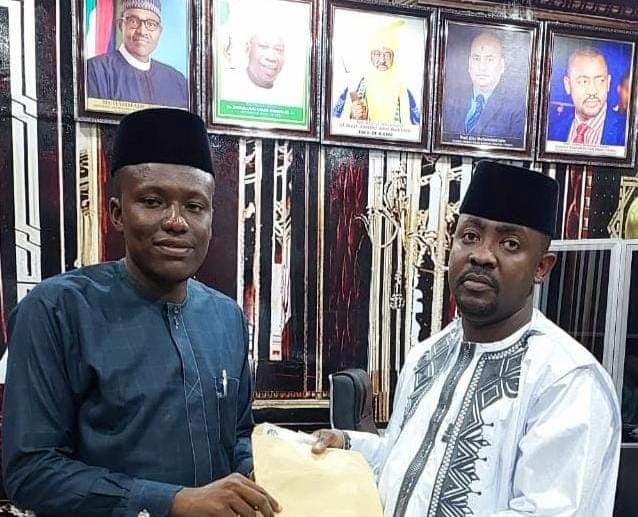 The Founder of Maryam Abacha American University of Nigeria (MAAUN), Prof. Adamu Abubakar Gwarzo, has given Usman Yahaya, a stranded Nigerian medical student in Russia, a sum of N1 million.

Yahaya who’s the Best African Medical Student at the Russian Centre for Scientific Research has been suspended by Irkutsk State Medical University (ISMU).

He was also evicted from the school hostel after he could no more pay his scholarship.

The money was donated by Prof. Gwarzo, through the Association of Nigerian Students in Europe (ANSE), and his receipt was acknowledged by Adnan Mukhtar, Manager of PRNigeria Centre in Kano.

The professor has told conscious citizens to quickly lend Yahaya the needed assistance so as to ensure his “bright and promising future is not truncated”.

“We have to do something to ensure that his education is not affected; that he also not detained in Russia. The N1million and other expected donations will go a long way to rescue Yahaya”, he said.

ANSE President, Bashiru Muhammad, said he was grateful for the kindness and called on the Sokoto government to address the student’s predicament without delay.

“We cannot appreciate Prof. Gwarzo enough. He has blazed the trail in the crowdfunding initiative for Usman Yahaya. It is hoped that other philanthropic Nigerians will follow suit”, he added.

Ms Elena Orel of the university’s International and Student Relations Department said, “He was moved to the immigration camp to seek for asylum pending when he will be able to resolve the visa issue. There’s no form of humiliation or harassment from the authority, the student can move freely.

“However, after receiving a letter from his sponsors in Sokoto, the student is currently housed in the university accommodation for safety. But if he cannot renew his documents, he may be deported”, Orel added.