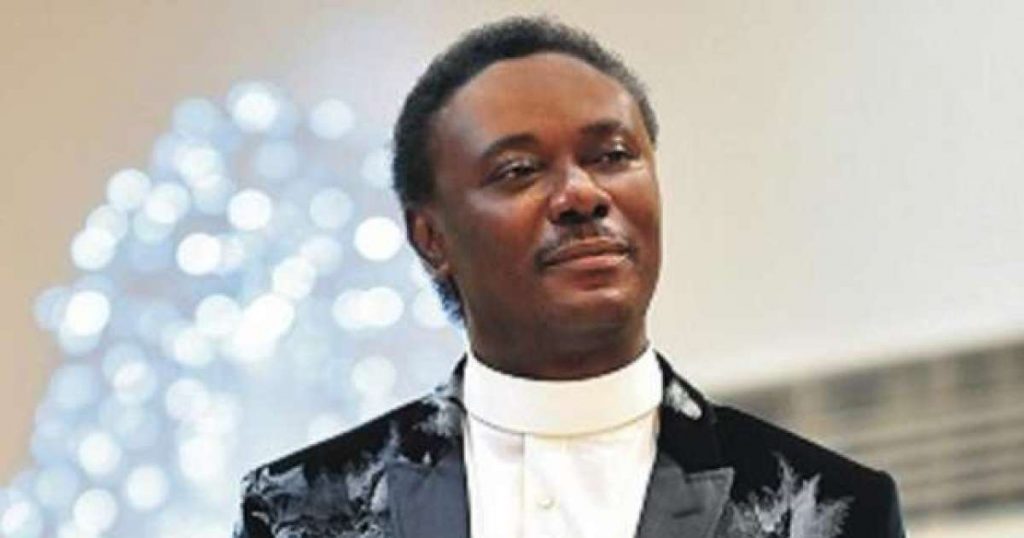 The founder and president of the Household of God Church, Chris Okotie, has called on the presidential candidates of the leading political parties in Nigeria to allow him become the next President.

While addressing newsmen on Sunday, the cleric persuaded them to support him to lead an interim government.

“I want to appeal to all presidential candidates to withdraw from the race and allow me to come in as the interim president,” Okotie said.

“I want to implore Asiwaju to support my government for the betterment of the country and I also want to tell Obi that the system that introduced him cannot take him anywhere, because he cannot operate in the system we have now. All the presidential candidates should support me to succeed President Buhari as the interim president.

“We must also rise above tribe and religion because there is an imbalance in the country and we are not practising federalism instead, what we are practising is a presidential system of government.

“Since 1999, things have been declining because the presidential system of government we are practising has failed us.

“We must get rid of the national and state assemblies because maintaining each member costs the country billions of naira. Some of the standing committees at both assemblies are not useful to the country, they are only representing themselves, not the populace.”