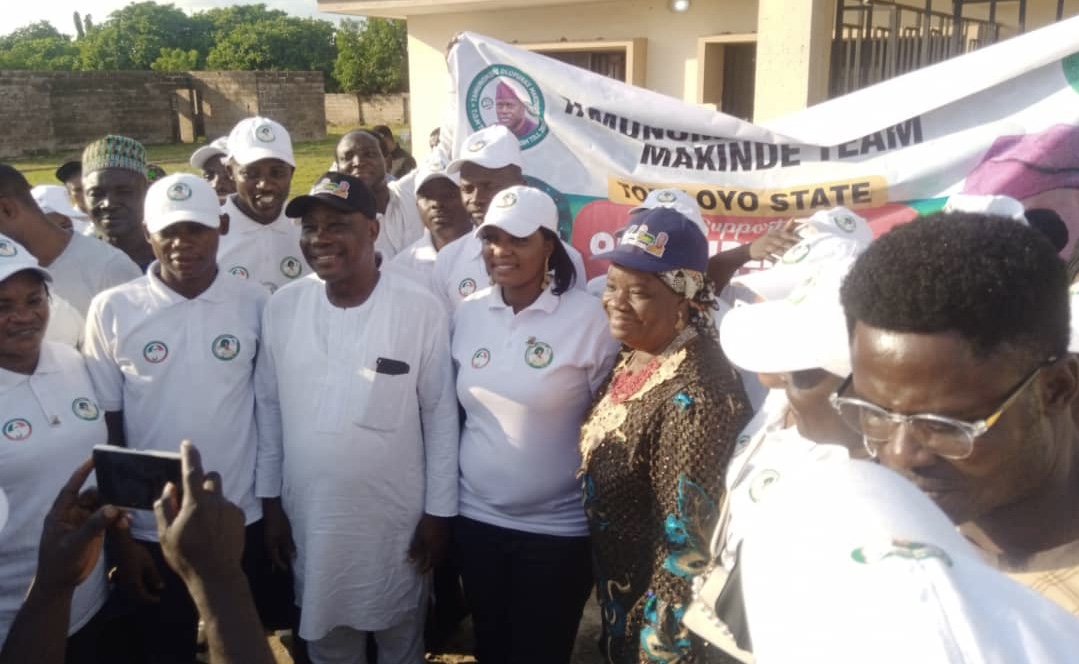 The group who appeared in white top and black jean with different inscription of GSM till 2027 said their support is based on the giant strides recorded in the last three years.

While speaking, the PDP deputy governorship candidate, Barrister Bayo Lawal who played host to the team maintained that the governor’s performances surpassed the expectations of the people, noting that the group will do everything within its power to see that the governor is re-elected.

He commended the effort of the team for embarking on such an advocacy through out Oyo state, praying that God will reward them abundantly.

“This journey is to create awareness as 2023 is fast approaching, that we have something we are doing and also the developmental project embarked on by his Excellency, Engineer Seyi Makinde.”

Bayo Lawal stressed that the governor has made tremendous input in Oke Ogun by pumping about N50bn for developmental projects such as roads construction, establishment of faculty of agriculture, OYSADA, among others.

“His Excellency, Seyi Makinde has turned OYSADA to Oke Ogun headquarter. A lot of money have been sunked into it. Likewise Saki Township road has also been done not to talk of employment, among others”

He said everyone can see the developmental projects in rural areas and Makinde’s led administration handwriting across Oyo state.

However, in her submission, his beautiful wife, Mrs Ajibola Lawal urged everyone to get their voters card, saying it’s the only way to vote for continuity.

Mrs Ajibola also appealed to women to move en mass to support this administration, saying that Makinde has done a lot in this state especially in Oke Ogun where we now have various development.